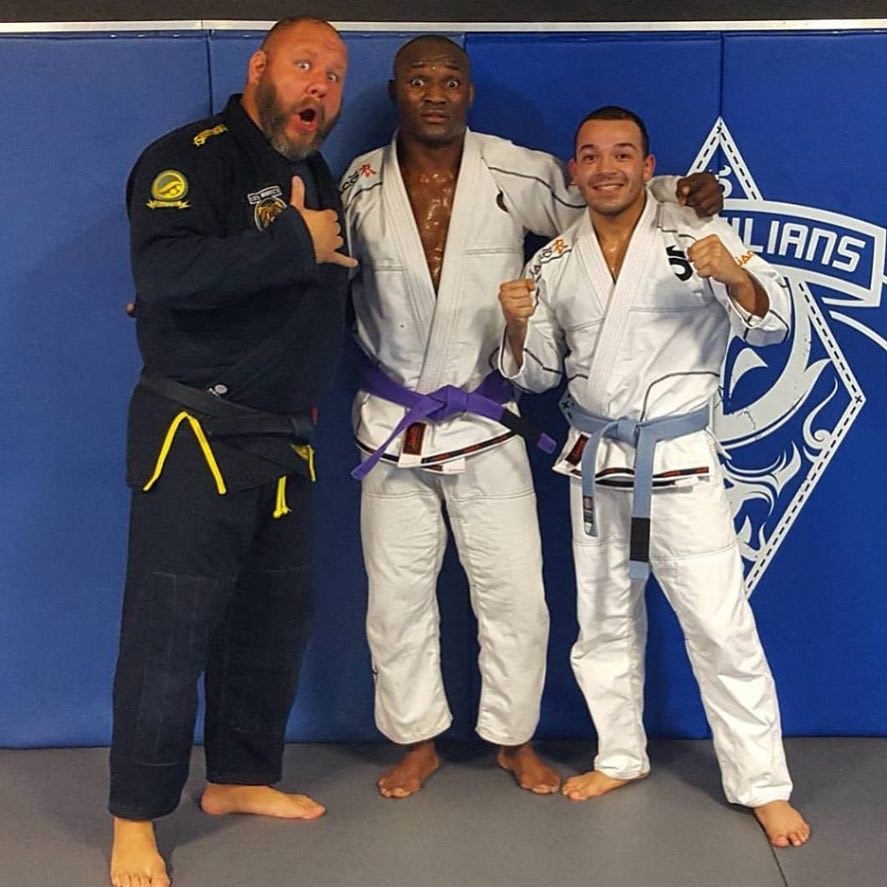 These two icons of the delivery industry have been locked in a constant battle for decades–but now, a clear winner is starting to stake their claim.

Man, I love a good fight.

The last 15 years of my life have been dedicated to combat sports, specifically Brazilian Jiu-Jitsu, but I’ve also dabbled in the sport of Mixed Martial Arts.

Believe it or not, Kamaru Usman, the current Welterweight champion of the world in the UFC, used to take BJJ classes from yours truly. Based on that time teaching him, I’m not surprised that he’s considered the pound-for-pound best MMA fighter on the planet.

What he’s been able to do is incredible, and I also consider him a friend.

We always want our friends to do well…

But sometimes, especially in the fight game, you also want to watch something exciting and action-packed.

This past weekend, the UFC traveled to London, England, for one of their free fight cards on ESPN–and I’ve got to say it was one of the BEST fight cards I’ve seen in a while

The most brutal KO was delivered by Liverpool’s own Molly “Meatball” McCann, who finished her opponent with a vicious spinning back elbow.

I loved the card because the fights were so exciting. That’s always what draws me into a good fight.

I wish I could say the same thing about the fight between FedEx (FDX) and United Parcel Service (UPS)–but in the matchup between the two shipping heavyweights, this fight seems like a one-sided affair.

That being said, FedEx has been doing well during the pandemic.

The shortage of shipping containers has made trade ships into hot commodities, and logistics companies were able to charge premium prices.

However, with many people forced to send their packages by air freight–which falls right within FedEx’s wheelhouse– FedEx was able to increase its prices as well.

In fact, air-based shipping makes up about HALF of this shipping giant’s sales, so the extra business–accompanied by a bump in price– helped the company grow its total revenue in Q4 by a better-than-expected 10% over the previous year.

But there’s a catch…

While air freight was up, the Omicron surge didn’t help ground shipping one bit.

In fact, FedEx’s ground delivery business was down. When coupled with the rising cost of doing business with inflation, profits, while up 25% from Q4 2020, were actually less than expected.

Believe it or not, that led investors to fly the coop.

That trend always baffles me. Profits are up, but it’s still not good enough for people.

What’s funny is that FedEx’s biggest competitor, UPS, didn’t do too much better.

A One-Legged Man In An Ass-Kicking Contest

However, the company is optimistic for 2022 and is forecasting revenue of about $102 billion, which is coming in higher than the Refinitiv-IBES estimate of $100 billion.

A big reason for this was the direction that Chief Executive Carol Tome moved the company. Tome changed UPS’ priority from volume to lucrative deliveries and fought to win more contracts with healthcare firms and small and medium-sized businesses.

This is reflected in valuation, as UPS is worth almost $140 billion MORE than FedEx.

And while FedEx’s StockPower rating score is a “neutral,” UPS’ score is off the charts (no, not literally – just a figure of speech:

So, when it comes to the fight between these two titans…it’s really a non-starter.

It’s a one-sided affair…a KO right after the first bell.

Though, I might buy on the FedEx dip, as the company is still a moneymaker. Who knows? Maybe they’ll get back to sponsoring the Orange Bowl again.

One can dream, right?

The post FedEx VS UPS: The Throwdown In Delivery Town appeared first on Money & Markets, LLC.