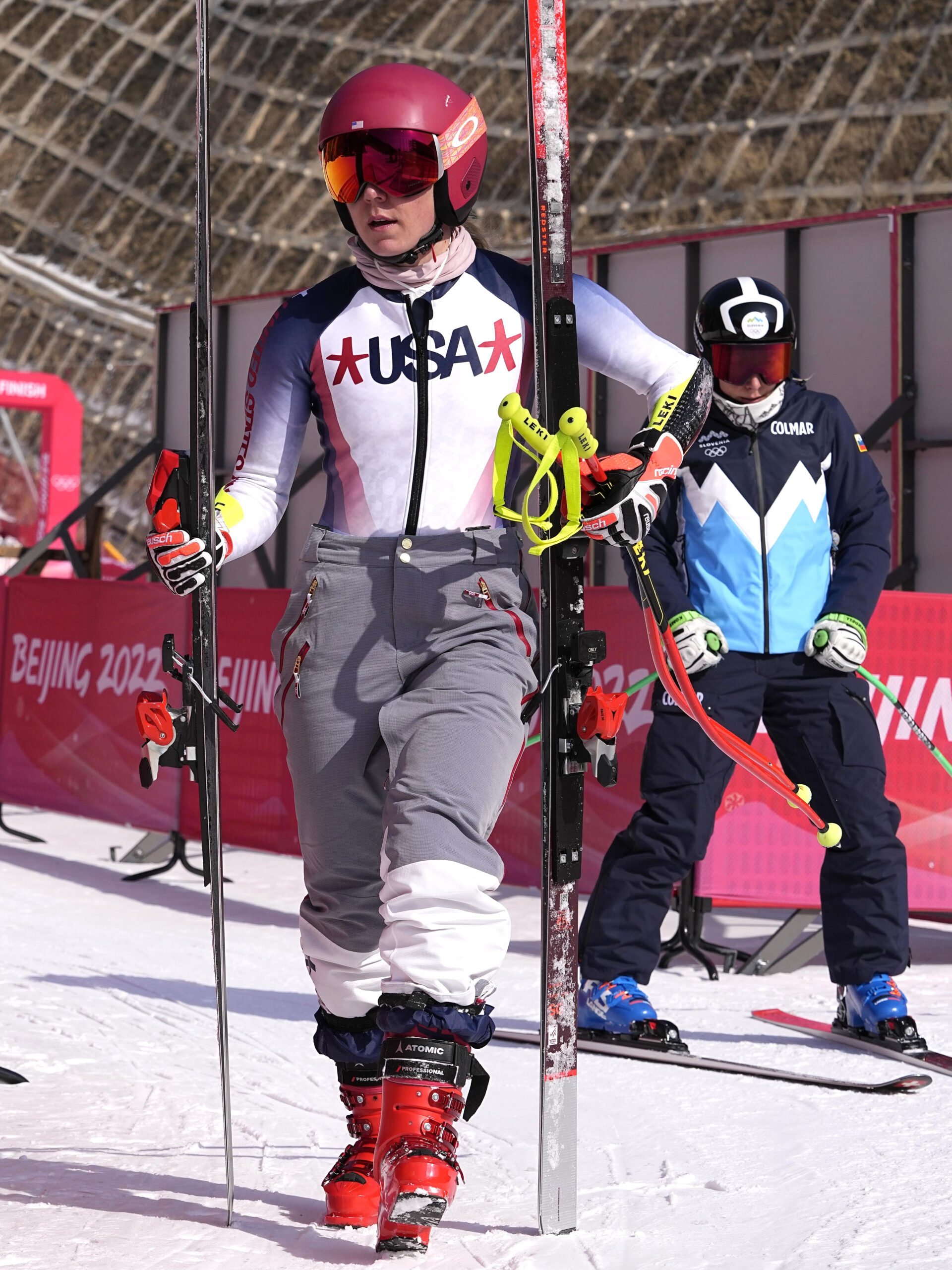 Mikaela Shiffrin will forgo interviews after the US alpine skier grabbed headlines over her second straight disqualification at the 2022 Olympics.

Fans took issue specifically with NBC, which aired close coverage of the six-time World Champion in tears on Wednesday, after an unexpected early exit in the first run of the slalom race.

On Thursday, Shiffrin issued a statement through a US Olympic spokesperson, per Reuters, that read: “Mikaela [nor her mother/coach Eileen] will not be doing any media for the foreseeable future. Thank you for respecting her/their space right now.”

Shiffrin reportedly fielded questions from reporters for 45 minutes after her elimination in the slalom — when she skidded out of control and missed a gate just seconds into the event.

NBC aired an interview with Shiffrin immediately after, showing footage of her looking somber while sitting in the snow alongside her skis.

While fighting back tears, Shiffrin said her performance “makes [her] second-guess the last 15 years… Just processing a lot for sure, and I feel really bad.”

During the broadcast, NBC commentators spoke at length about Shiffrin’s struggles in her specialty race on Wednesday and noted her first disqualification two days prior in the giant slalom race, in which she was the defending gold medalist.

Shiffrin did not finish the giant slalom race after she crashed 11 seconds into the opening run on Monday.

Twitter critics came down on the network for focusing on Shiffrin in the devastating moment, as well as NBC commentators for a number of remarks about the 26-year-old.

One broadcaster called Shiffrin’s performance “one of the biggest shockers in alpine skiing history.”

The same commentator later said, “When you think of past disappointments in past Olympics in any sports, this is just hard to believe. It’s going to be way up there on the list of Olympics disappointments that you could ever imagine.”

Another added, “That will play in slow motion for ages to come in her mind,” and called Shiffrin’s slip-up “almost a rookie mistake.”

On Wednesday night, NBC executive producer Molly Solomon  that she had no regrets over airing the footage of Shiffrin.

“We have an obligation in that moment, as the broadcaster of the Olympic games, to cover the moment,” Solomon said. “There’s no script when there’s a wipeout on the slopes or a fall in figure skating. We’re watching real people with real emotions in real time and we did everything we were supposed to do.”

“I’ve thought a lot about this, and if Joe Burrow or Matthew Stafford sit on the sidelines 22 minutes after the Super Bowl on Sunday, you can bet the cameras are going to stay on them,” Solomon said.

“Here we are in 2022 and we have a double standard in coverage of women’s sports. Women’s sports should be analyzed through the same lens as the men. The most famous skier in the world did not finish her two best events. So we are going to show her sitting on the hill and analyze what went wrong. You bet we are.”

Many critics compared Shiffrin’s treatment at the Winter Games to four-time Olympic gold medal gymnast Simone Biles, who tweeted her support for the ski icon amidst her struggles in Beijing.

Biles made headlines at the 2020 Tokyo Olympics when she pulled out of multiple events to focus on her mental health and a bout with the “twisties.”

Shiffrin will compete Friday in the Super-G, the US ski team announced.

The post Mikaela Shiffrin done with media at 2022 Olympics amid struggles appeared first on REPORT DOOR.