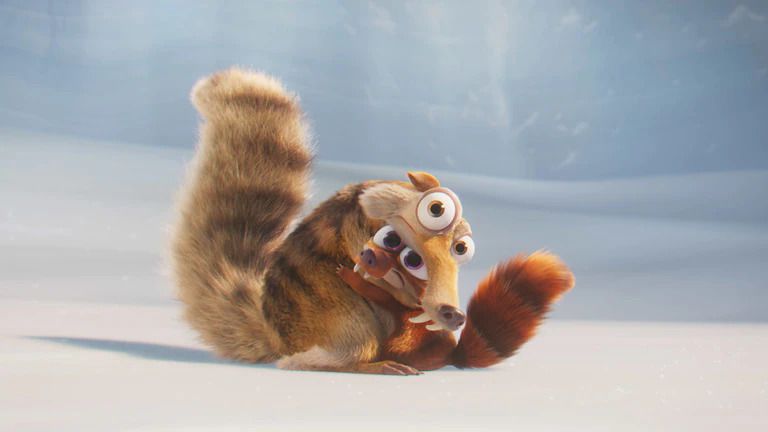 Disney Plus launched in 2019 with most of Disney’s back catalog, but the platform still hasn’t reached maximum capacity just yet. In addition to original content, like the just-released Moon Knight, there is a host of older movies and shows that trickle onto Disney Plus each month.

This month brings more Moon Knight and a host of Earth Day specials to Disney Plus. Als, Herbie Fully Loaded! And if you’re missing High School Musical: The Musical: The Series, then check out the creator’s Better Nate Than Never for some Big Theater Kid Energy.

Better Nate Than Ever Premiere

From Disney: Thirteen-year-old Nate has big Broadway dreams. But when he isn’t cast in the school play, he and his best friend Libby sneak off to the Big Apple, where he’s unexpectedly reunited with his long-lost Aunt Heidi. Together they must prove that life’s greatest adventures are only as big as your dreams.

From Disney: Moon Knight follows Steven Grant, a mild-mannered gift-shop employee, who becomes plagued with blackouts and memories of another life. Steven discovers he has dissociative identity disorder and shares a body with mercenary Marc Spector. As Steven/Marc’s enemies converge upon them, they must navigate their complex identities while thrust into a deadly mystery among the powerful gods of Egypt.

From Disney: Penny inadvertently gets her homeless teacher, Ms. Hill, fired. To right her wrong, Penny starts a fundraiser. Zoey turns to Uncle Bobby to learn the ways of the funk.

From Disney: Ice Age Scrat Tales is a series of six all-new animated shorts starring Scrat, the hapless saber-toothed squirrel of the Ice Age adventures, who experiences the ups and downs of fatherhood, as he and the adorable, mischievous Baby Scrat, alternately bond with each other and battle for ownership of the highly treasured Acorn.

From Disney: LaCienega feels threatened by her ugly-duckling-turned-beautiful-swan cousin, LaBrea, as her quinceañera approaches. Sunset’s sister, Melrose, goads her into making poor choices.

From Disney: When Trudy tracks Suga Mama’s family to Oklahoma, the Prouds head to the family rodeo, where Suga Mama’s painful history will be revealed. Oscar discovers he’s a natural cowboy.

From Disney: Narrated by two-time Academy Award® nominee Catherine Keener (“Capote,” “Being John Malkovich”), Disneynature’s Polar Bear tells the story of a new mother whose memories of her own youth prepare her to navigate motherhood in the increasingly challenging world that polar bears face today. Helmed by Alastair Fothergill and Jeff Wilson, the directing team behind Disneynature’s Penguins, and produced by Fothergill, Wilson, Jason Roberts, Keith Scholey and Roy Conli, Polar Bear launches exclusively on Disney+ on April 22, 2022.

From Disney: Bear Witness journeys alongside the filmmakers behind Disneynature’s Polar Bear as they face profound challenges 300 miles from the North Pole. The team, who created a revolutionary arctic camp on site, navigated virtually impassible snow drifts and tenuous sea ice, garnering unprecedented footage revealing adaptive behaviors that surprised even this veteran team of filmmakers.

From Disney: The Disney+ Earth Day special Explorer: The Last Tepui, from National Geographic, follows elite climber Alex Honnold (“Free Solo”) and a world-class climbing team led by National Geographic Explorer and climber Mark Synnott on a grueling mission deep in the Amazon jungle as they attempt a first-ascent climb up a 1000 foot sheer cliff. Their goal is to deliver legendary biologist and National Geographic Explorer Bruce Means to the top of a massive “island in the sky” known as a tepui. The team must first trek miles of treacherous jungle terrain to help Dr. Means complete his life’s work, searching the cliff wall for undiscovered animal species. The one-hour special is the newest installment of National Geographic’s long-running “Explorer” series. This Earth Day, learn why the tepuis – much like the Galapagos – are a treasure trove of biodiversity worth protecting.

From Disney: The Disney+ Earth Day special “The Biggest Little Farm: The Return,” from National Geographic, is based on the 2018 award-winning feature documentary film that tells the story of John and Molly Chester, who abandon their urban life in Los Angeles to live on a barren farm to grow delicious food in harmony with nature in Ventura County. The new special follows the farmers’ 10-year tireless journey as they transform the land into a magical working farm and document the whole process in this heartwarming special that is akin to a real-life “Charlotte’s Web.” Apricot Lane Farms is a beautiful, complex world that reflects our planet’s biodiversity, and this special introduces audiences to animals that will quickly burrow into their hearts, like Georgie the gopher-eating egret, Emma the pig who welcomes her newest litter, and an adorable lamb named Moe who believes he’s a dog. This Earth Day, see how the farmers utilize the interconnectedness of nature to help build soil health, maximize biodiversity, and regeneratively grow the most nutrient-dense food possible.

From Disney: An intimate instructional documentary series, Sketchbook takes us onto the desks and into the lives of talented artists and animators. Each episode focuses on a single artist teaching us how to draw a single iconic character from a Walt Disney Animation Studios film. As we learn the steps to drawing these characters, we also discover that the artists themselves each have a unique story to tell about how they made their way to Disney and their chosen character. From the creators of Chef’s Table, this exclusive experience will give viewers of all ages a new understanding of how these beloved characters come to life on screen while introducing them to a new cast of real-life characters along the way.

The post New to Disney Plus in April 2022: Moon Knight to the max appeared first on REPORT DOOR.