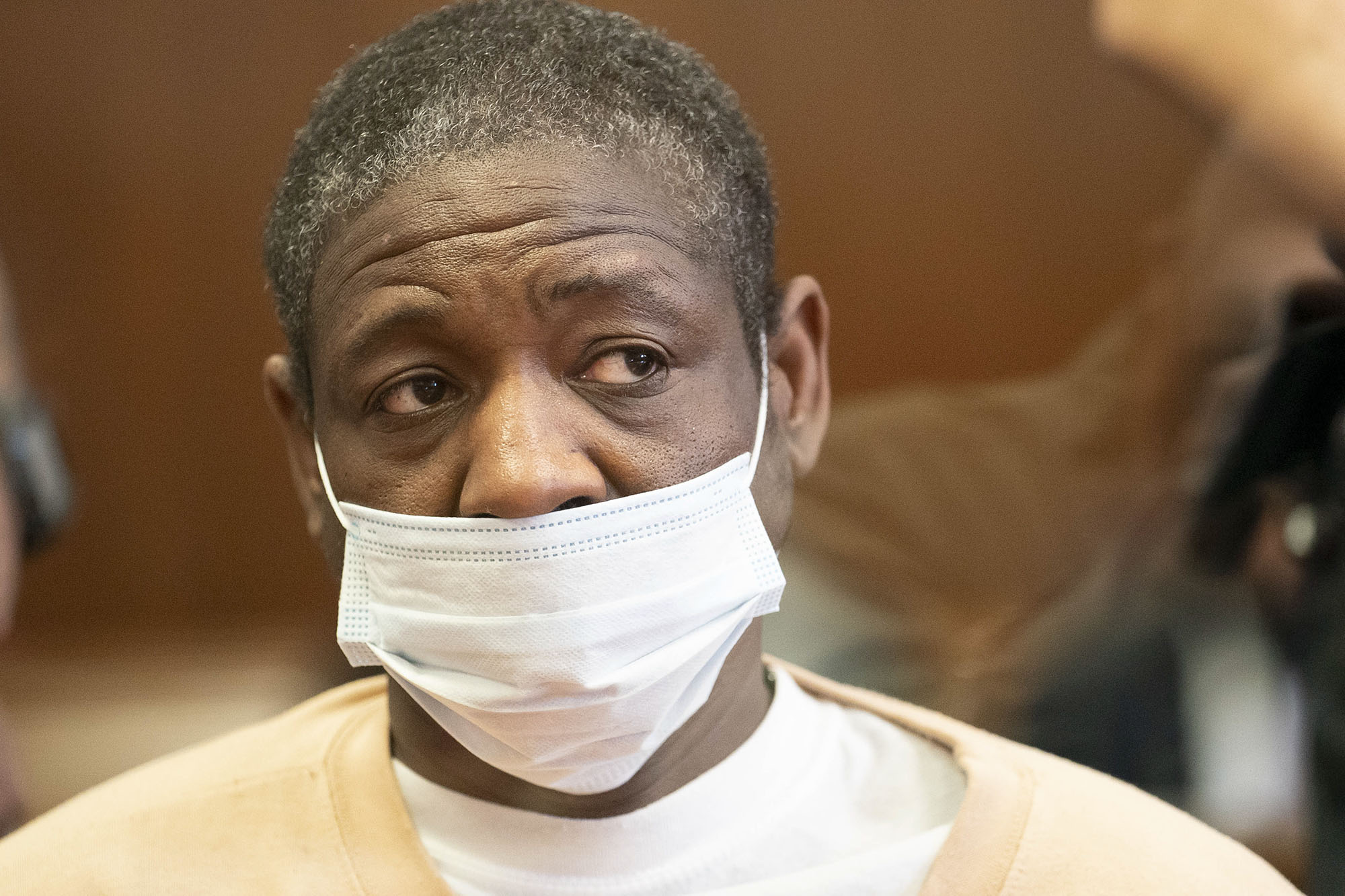 An ex-con who allegedly attacked an Asian man in Manhattan, viciously stomping on his head, was indicted on murder as a hate crime charges Thursday, more than a month after the victim’s death.

Jarrod Powell, 50, was arraigned in Manhattan Supreme Court on the upgraded charges for the stomach-churning assault of 61-year-old Yao Pan Ma on April 23, 2021, in East Harlem.

Powell allegedly ran up to the 114-pound man from behind, hit and knocked him to the ground and then repeatedly kicked him in the head, face and neck, the Manhattan District Attorney’s Office said.

Karlin Chan, a spokesman for the Ma family, said they had been waiting for the re-indictment on the murder charges following their loved one’s death.

“We’re hopeful moving forward with the prosecution of securing a conviction and putting him away for the rest of his life,” Chan told The Post after the hearing. “A person like that does not belong in society.”

Prosecutors said Powell claimed to police that he had been attacked and robbed by two Korean or Japanese men the day before the assault on Ma. He never reported the supposed robbery and couldn’t provide a description of the alleged attackers beyond their race.

Ma, an out-of-work Chinese immigrant was collecting cans at 125th Street and Third Avenue to help make ends meet when Powell allegedly pounced on him.

A passing MTA bus driver witnessed the savage assault while stopped at a traffic light and flagged down a nearby ambulance. The attack was also caught on surveillance cameras.

Ma was rushed to Harlem Hospital and was placed on life support due to a traumatic brain injury.  His wife, Baozhen Chen, had feared her husband would not recover from his medically induced coma and demanded justice for the father of her two children.

Powell, who has at least 15 prior busts dating back to 1988, was arrested four days later and initially charged with attempted murder and two counts of assault as a hate crime, to which he had pleaded not guilty.

He’d been held on $100,000 cash bail since his original arraignment. On Thursday, Acting Justice Michele Rodney boosted that to $3 million cash bail or $9 million bond.

Assistant District Attorney Molly Presant had asked for Powell to be remanded without bail. But his defense attorney Richard Verchick pleaded with the judge to set “any kind of monetary bail” so that Powell could still work and have access to the library while behind bars.

“I just want to make sure that he stays remanded or incarcerated. It’s ridiculous,” said Chan, the family spokesman, while also noting that the high bail will ensure Powell stays at Rikers.

Powell, who did not enter a plea Thursday, had his next hearing set for April 11.

His is one of 33 anti-Asian hate crime cases currently being prosecuted by the Manhattan DA — the most since the office’s Hate Crimes Unit was established in 2010.

“Now, more than ever, it is essential that we, as prosecutors and as New Yorkers, remain vigilant and forcefully reject bias-fueled crimes in our communities.”