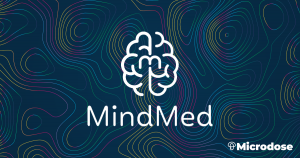 Mind Medicine Inc. (NEO: MMED), more commonly known as MindMed, announced today that its top collaborators have released positive topline data related to its clinical trial evaluating lysergic acid diethylamide (LSD) in the treatment of anxiety disorders. Prof. Matthias Liechti and Dr. Friederike Holze, the firm’s collaborators at University Hospital Basel presented the data at London’s PSYCH Symposium today. “We are encouraged by the positive data showing that LSD produced rapid, strong and long-lasting reductions in anxiety and depression symptoms up to 16 weeks post treatment compared with a placebo,” said Executive President Dr. Miri Halperin Wernli. The said clinical trial is in Phase 2 and is initiated by co-primary investigators Liechti and Holze. Topline data showed a 65% clinical response in subjects treated with LSD while there’s only 9% clinical response in the placebo subjects. Further, effects were optimal after 2 weeks and were sustained up to 16 weeks. The trial involved 46 patients, all suffering from anxiety symptoms in life-threatening illnesses or with an anxiety disorder without severe somatic illness. The experimental group was administered with 200mg oral LSD for 52 weeks. “While psychedelics including LSD have shown beneficial effects on reducing anxiety, there has still been a need for a deeper understanding of the mechanisms and the long-lasting effects by which psychedelics exert their therapeutic effects. Thus, we designed a robust, randomized, placebo-controlled clinical trial with a long follow-up period to extend the promising findings of previously conducted smaller, open-label trials,” said Liechti. Dr. Wernli added that the trial results are expected to bolster the firm’s MM-120 program for the treatment of Generalized Anxiety Disorder. Mind Medicine Inc. last traded at $1.06 on the NEO. Information for this briefing was found via Sedar and the companies mentioned. The author has no securities or affiliations related to this organization. Not a recommendation to buy or sell. Always do additional research and consult a professional before purchasing a security. The author holds no licenses. The post MindMed Presents Positive Data Studying LSD In Treating Anxiety Disorders appeared first on the deep dive. lsd lysergic acid depression anxiety psychedelics mind medicine mindmed research