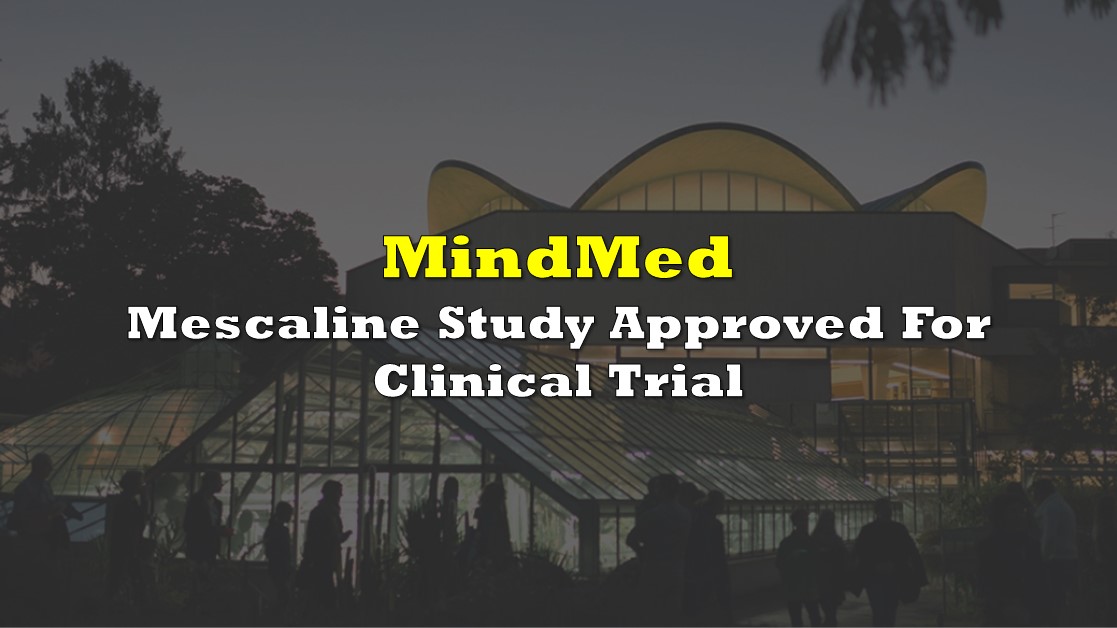 MindMed (Nasdaq: MNMD) announced today that its clinical trial plans to evaluate the acute effects of serotonergic hallucinogen mescaline have been approved by the local Swiss ethics committee. The trial is set to start next month at the University Hospital Basel Liechti Lab, in Basel, Switzerland.

Mescaline is an archetypical psychedelic that has a long non-regulated history of spiritual use. According to clinical pharmacology professor Dr. Matthias Liechti, there’s little contemporary scientific information on the therapeutic potential of mescaline. “This study will, we believe, provide the first modern research data on mescaline regarding dosing and mechanism of action in humans,” says Dr. Liechti. The compound is said to be similar to LSD and psilocybin in terms of hallucinogenic effects.

The company believes mescaline will have an effect on enhancing the communication between different parts of the brain “that are otherwise inaccessible to the conscious mind.” The study is focused on serotonin 2A (f-HT2A) receptor, which is currently believed to mediate acute alterations of consciousness that are induced by LSD and psilocybin.

The study will use a double-blind, placebo-controlled, cross-over design with six different dosing conditions.

MindMed last traded at US$3.44 on the Nasdaq.

Information for this briefing was found via Sedar and MindMed. The author has no securities or affiliations related to this organization. Not a recommendation to buy or sell. Always do additional research and consult a professional before purchasing a security. The author holds no licenses.