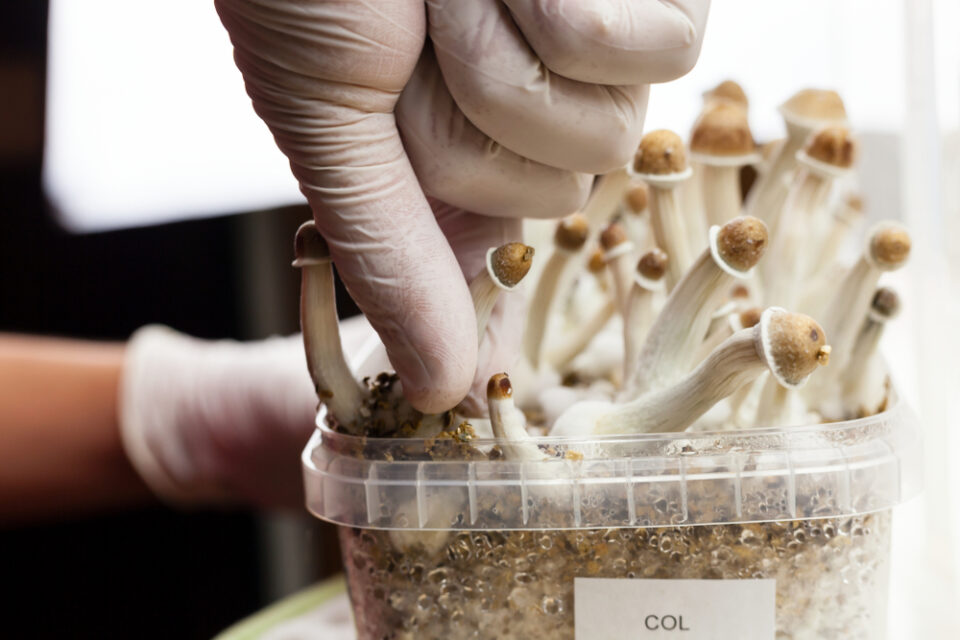 “Psychedelics are wondrous non-specific medicines of the future. They can not only treat a wide range of mental and physical disorders, but can also facilitate transformation and inspiration which can leave an indelible mark”

Predicting the growing demand for psilocybin, a team at Miami University genetically engineered E.Coli bacteria to produce psilocybin. Their results provide compelling evidence that psilocybin could be produced on an industrial scale for use in psychiatric medications.

2. The 1st EEG recordings of the brain on DMT were published

As part of the Beckley/ Imperial collaboration, we published our first paper from the DMT brain imaging study. The neural signature, unique to the completely immersive state of the DMT experience included delta and theta waves, which are normally present during sleep, particularly when we dream. fMRI data will also be published soon to support these findings!

3. The FDA gave psilocybin a ‘Breakthrough Therapy’ designation, for the 2nd time

In October 2018, the FDA gave the Breakthrough Therapy designation to COMPASS Pathways which used psilocybin for assisting treatment-resistant depression.  This year, Usona Institute also received the same designation, meaning it is the second psilocybin drug to be fast-tracked by the FDA.

4. A study found that LSD enhances cognitive performance and neuroplasticity

Through our Beckley/ Brazil collaboration, we have found that LSD enhances cognitive performance and neuroplasticity. These findings have important implications in developing a novel treatment for dementia.

5. The synergistic effects of psilocybin and meditation were explored

Moving beyond conventional therapeutics, researchers at the University of Zurich showed that meditation can enhance the positive long-term effects of a single dose of psilocybin in the treatment of depression and anxiety disorders. 2019 marked a shift in the way we approach  mental health, integrating different disciplines and opening up new therapeutic avenues!

6. A comprehensive comparison of the self-rated effectiveness of microdosing and macrodosing

Our collaborators at Maastricht University showed that the self-rated effectiveness of  microdosing to alleviate symptoms of a range of mental and physiological diagnosis is higher than conventionally offered treatment options, and lower than macrodosing.

With the growing trend in microdosing, Chicago University published the first ever lab-based placebo-controlled LSD microdosing study. The Beckley/ Maastricht research programme will also be adding to this pool of research, with a study investigating the effects of microdosing on mood and cognitive function.

Supporting the use of psilocybin in the clinical setting, a new study by a team from Kings College confirmed the safety profile of psilocybin, with no severe adverse effects reported after taking 2 separate doses. These findings are an important step towards licensing psilocybin for clinical use.

9. A study revealed the buffering effects of CBD on the psychoactive properties of THC

Alongside global efforts to legalize cannabis, our collaborators at University College London investigated the interplay between the two major cannabinoid constituents of cannabis, CBD and THC. With growing evidence that THC is implicated in addiction and cannabis-induced psychosis, they reported that CBD may buffer the user against some of the acute effects of THC, which could explain the potential of CBD to treat psychosis!

10. There was a surge of interest in psychedelic science