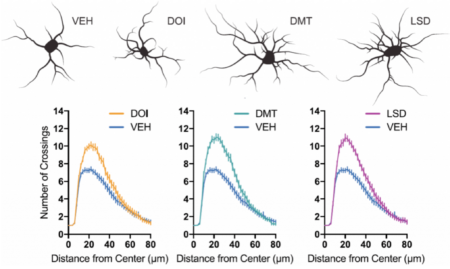 The brain is a tangled, incredibly complex mass of about 86 billion neurons. The ability to create new neurons, called neurogenesis, was long thought to stop by the age of 25. There is some debate, however, as one recent study put the age at 13, while another posited the brain continues neurogenesis into old age. While there are differing views on neurogenesis, there is consensus that the brain is capable of incredible feats of neuroplasticity. Rather than creating new neurons, the concept of neuroplasticity means the brain can rewire itself by using existing neurons in new ways.

As we grow older, the brain makes neural connections that result from experience. People learn that flame is painful and dangerous, that tongues will stick to cold metal, that the howl of wolves represents danger. They may also learn that sugary foods produce a positive feeling, that drug use can make them more likable, or that crowded rooms are extremely distressing. Life experiences, and the brain’s natural reaction to them, create patterns of neurological response that can become rigid and unhealthy, or healthy and adaptive, depending on the person and the experiences.

People suffering from depression, PTSD, and similar disorders are stuck in a negative feedback loop of sorts. They tend to react to the same inputs in the same dysfunctional ways, feeling as if there is no other option. There may actually be no other option in their brains, because people suffering from depression exhibit greatly reduced neuroplasticity.

Neuroplasticity exercises have been proposed as a way to help the brain find new pathways in the face of anxiety or depression. Activities like learning a new language or skill, memory tasks, brain teaser games, using your non-dominant hand, and even yoga can help depressed brains find new connections. But specific medical treatments employing psychedelics may be even more helpful.

The idea of broadening one’s perspective and opening one’s mind to new possibilities is central to the hippie lore surrounding psychedelic use. It turns out science supports the idea, as psychedelic substances like psilocybin (magic mushrooms), DMT, and LSD have been shown to expand the number of connections and types of pathways used throughout the brain. Evidence shows that psychedelics physically promote synapse formation, dendritic arbor complexity, and dendritic spine growth. In layman’s terms, they expand the numbers and types of possible connections a neuron can make. The images below demonstrate the concept, with drawings of neurons and the proliferation of connection sites following psychedelic use as compared to the VEH control group.

Fig. 1 – Psychedelics significantly increased complexity of cortical neurones compared to VEH – no drug. This was measured by analysing how often cell branches and offshoots (neurites) crossed over each other at various distances from the cell centre. The figure includes a representative tracing of a cell from each treatment (Ly et al. 2018)

Taking things a step further, BetterLife Pharma (CSE: BETR) (OTCQB: BETRF) (FRA: NPAU) is working with a non-hallucinogenic derivative of LSD to see if it can deliver therapeutic benefits without the hallucinations. The company is moving toward a clinical trial for the treatment of major depressive disorder and potentially cluster headaches. BetterLife’s preclinical work shows that, even without the hallucinations, its patent-pending compound promotes structural plasticity. BetterLife’s approach uncouples drug development from its federally controlled, Schedule 1 parent and may offer a more scalable and palatable treatment option than the use of its hallucinogenic parent LSD.

The scientific evidence points to psychedelics as a very effective way to ‘rewire’ the brain. This neuroplasticity effect is thought to be one of the principal reasons psychedelic therapies have been shown to positively impact a wide range of psychological disorders.

After decades of prohibition on psychedelic studies, there is now a proliferation of effort and funding pouring into the space. As a sign of how far the sector has come, and how far it still has to go, the United States Food and Drug Administration recently funded psychedelic research for the first time in 50 years. This may be a drop in the bucket when compared to other more established fields of study, but it is a huge step in the right direction.

As companies like BetterLife Pharma continue to advance the science toward and through clinical trials, it will be interesting to see how the federal government decides to proceed with its treatment of an industry that in many ways relies on illegal substances to treat major unmet needs. The evidence of benefits to psychiatric patients may become so overwhelming that the government will have no choice but to open the markets. Or perhaps efforts like BetterLife’s research, utilizing non-controlled (non-hallucinogenic) derivatives of the illegal substances, will give regulators a less controversial path forward. Either way, keep an eye on the psychedelic therapy space as more results are reported, more funding secured, more research undertaken, and more benefits uncovered.

BetterLife Pharma is focused on developing and commercializing compounds to treat neurological and neuro-psychiatric disorders as well as viral infections.

Interested readers are encouraged to contact the company via Manager of Investor Relations David Melles, at David.Melles@blifepharma.com.

More Resources for the Curious

A sampling of studies, completed and proposed:

Research organizations have been created around the world to investigate psychedelic compounds for therapeutic purposes: