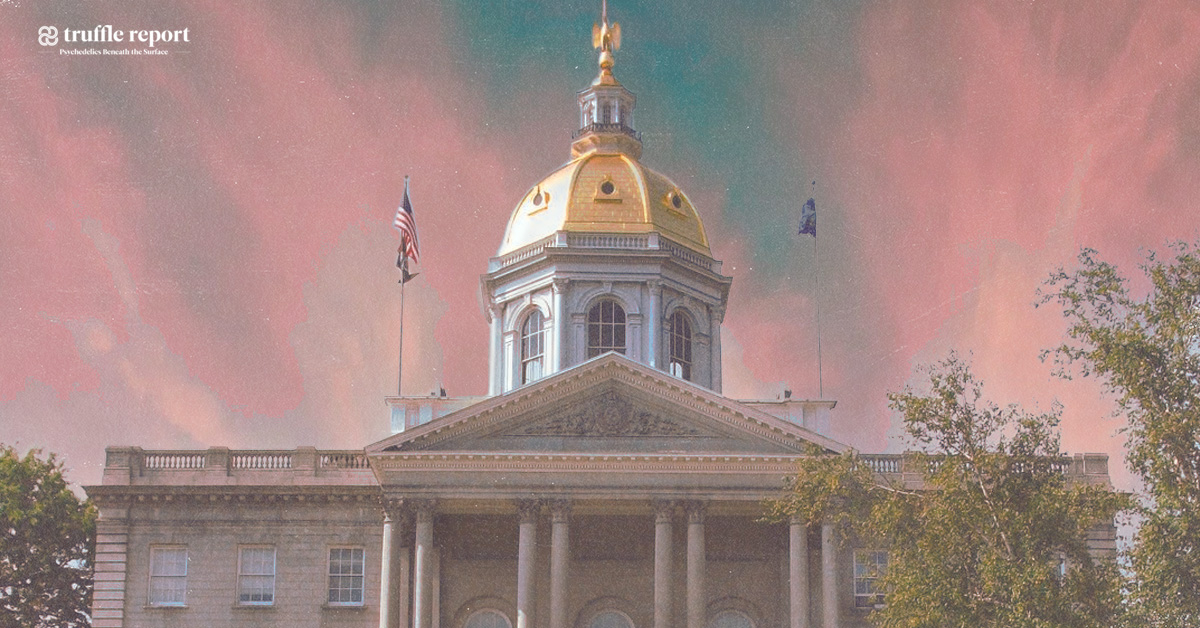 New Hampshire became the latest U.S. state to propose a bill to reduce penalties for the possession and use of psilocybin-containing magic mushrooms, along with a separate bill for broader drug penalty reductions, joining the growing movement across the country to reschedule access to psychedelic substances.

House Bill 1349, listed as “to be introduced” on January 5, is being sponsored by Rep. Tony Labranche (D) in the legislature, with the bipartisan support of five other co-sponsors.

For subsequent offences, individuals will be fined $300, however, the “court shall waive the fine for a single conviction within a 3-year period upon proof that person has completed a substance abuse assessment by a licensed drug and alcohol counsellor within 60 days of the conviction,” the bill says.

One of the youngest state lawmakers, Rep. Labranche’s bill emphasizes, “no person shall be subject to arrest for a violation of this section and shall be released provided the law enforcement officer does not have lawful grounds for arrest for a different offence.”

Introduced by Rep. Max Abramson (R) with bipartisan support from two other co-sponsors, bill HB 1392 proposes to impose a fine of $40 per gram for those found in possession of cocaine, heroin, methamphetamine, LSD, or phencyclidine (PCP). For possession of any other controlled substances, the fine will be $20 per gram.

Both bills have been referred to House Criminal Justice and Public Safety, and are scheduled for a hearing on January 12, 2022.

In 2020, the New Hampshire Supreme Court ruled unanimously in favour of a North County resident’s use of psilocybin mushroom for religious purposes.

The bench had ruled that the conviction conflicted with New Hampshire laws protecting individuals’ religious practices. The bench said, “Although we recognize that the application of the compelling interest balancing test may present practical challenges, we cannot “justif[y] the denial of constitutional rights simply because the protection of those rights require[s] special effort.”