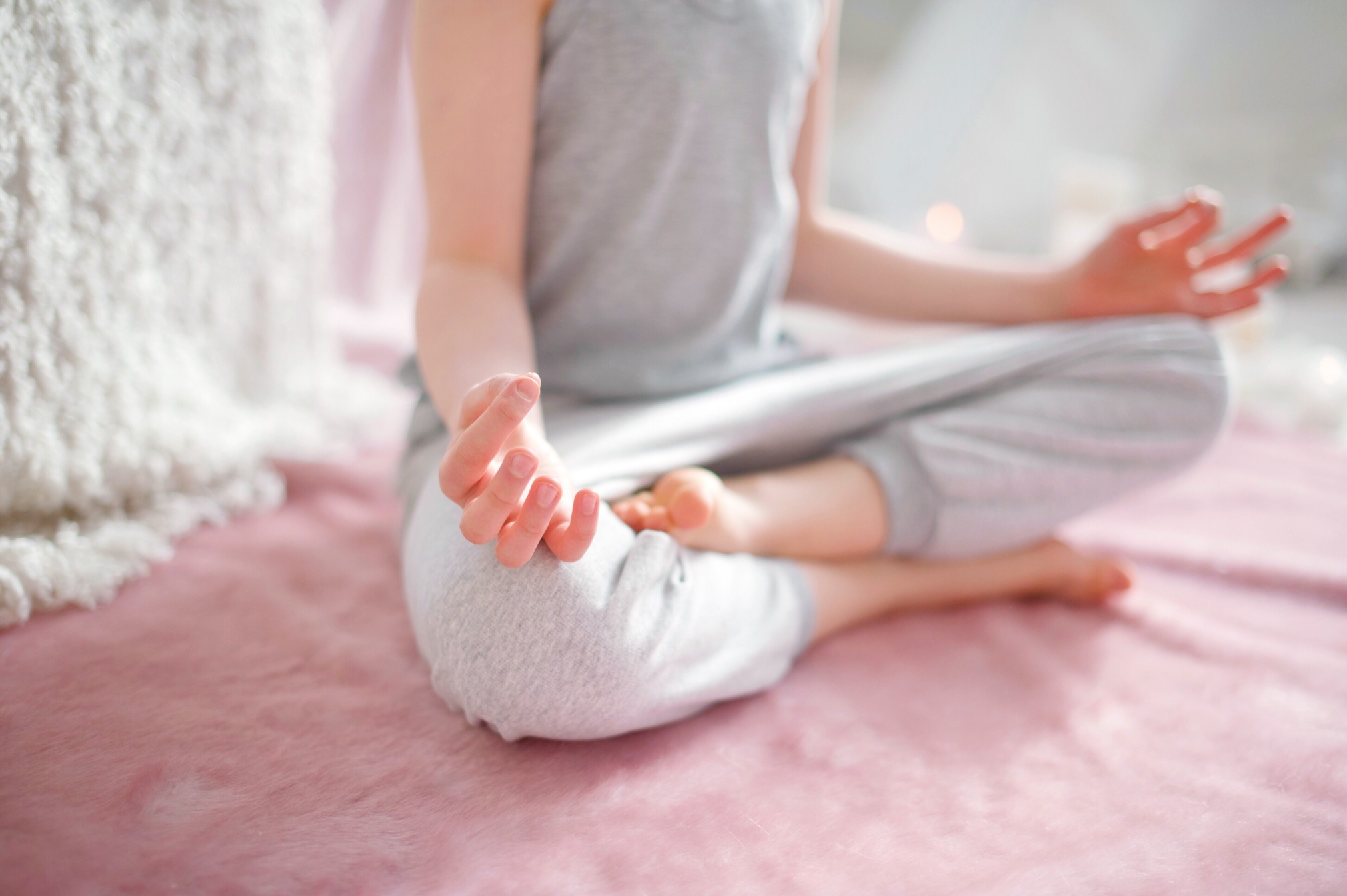 The post Off-Label Ketamine, Spravato and the Future of Ketamine Treatment for Depression appeared first on Microdose.

Ketamine, a dissociative drug first synthesized as an anesthetic, is now becoming increasingly used by psychiatrists as a rapid-acting antidepressant.

Its legal status has placed it at the forefront of the psychedelic therapy movement, as therapists await the legalization of scheduled substances like psilocybin and MDMA.

Since ketamine is only approved as an anesthetic, its use as an antidepressant needs to be prescribed off-label, leading to a lack of safeguards needed to ensure safety and efficacy within clinical standards.

In the last decade, companies in the pharmaceutical space have been working to develop ketamine products that can comply with FDA standards while ensuring a return on investment. This can become especially tricky when considering that Ketamine became a generic drug in the early 1990s.

In 2019, Janssen, a Johnson and Johnson subsidiary, was able to claim patent rights on a modified version of ketamine called esketamine (commercialized as Spravato).

This approval brings an array of benefits for patients including improved safety and health insurance coverage. However, voices in the space have criticized its high pricing, while others postulate troubles with its chemistry that offer much room for improvement.

Ketamine was first synthesized in 1956 and approved for use in the United States in 1970. While the compound was initially accepted by the FDA as an anesthetic, extensive use led physicians to discover that its dissociative and psychedelic-like effects were leading patients to report relief in their depression symptoms.

By the 1990s the National Institute of Mental Health became interested in the compound and began researching its application in depression treatment, says Dr. Matthew Hicks, who heads the Synaptic Integrative Care and Training Institute in Portland, Oregon.

The NIMH developed a model using several ketamine infusions over the course of two weeks, which led to high efficacy in reducing symptoms of depression in the short term.

“But because by that point ketamine was no longer patentable there was no company driving the research necessary to get the FDA to approve it for anything other than an anesthetic,” says Hicks.

“The FDA does not independently do its own research and approve drugs,” he added. Ketamine ran into a common paradox in drug development.

Since patents on drugs only last 20 years, by the time researchers learned of its efficacy in treating depression, ketamine had already become a generic compound.

In order to gain incentives to fund new research, pharmaceutical companies needed hard evidence of ketamine’s efficacy in treating depression. This evidence didn’t arrive until years later, leaving physicians with no choice but to prescribe the drug in an off-label capacity.

“As long as it’s in their scope of practice, doctors can prescribe basically any medication, even though ketamine is only approved for anesthesia and their patients are depressed,” says Hicks.

Off-label prescribing is actually not that uncommon, and is estimated to account for about 10 to 20 percent of all prescriptions, says Dr. Reid Robison, chief medical officer of Novamind.

Ketamine exists as a combination of two chemical compounds: esketamine and arketamine.

These two have the same atoms, but arranged in exactly opposing ways, making them mirror images of one another, similar to how one’s hands are mirrored opposites but not the same.

In 2010, Janssen, a Johnson and Johnson subsidiary, began a research program looking into the esketamine isomer for treatment-resistant depression. The program prospered and in 2019, the FDA approved Spravato, an esketamine nasal spray “for the treatment of depression in adults who have tried other antidepressant medicines but have not benefited from them.”

The introduction of Spravato into the healthcare system brought benefits for doctors and patients, who now have the choice of using either esketamine (through the protocols developed by Johnson and Johnson) or off-label ketamine.

“The approval of Spravato is backed by a rigorous clinical trial program spanning more than nine years and over 2,200 patients across 31 clinical trials that definitively demonstrated the value of Spravato in offering a significant improvement of depressive symptoms,” said a Janssen spokesperson in an email.

The spokesperson commented that there’s no rigorous clinical data on ketamine in this patient set to support the anecdotal and off-label claims of ketamine.

“Generic ketamine, when you use it, like many ketamine clinics that have sprouted around the country, they know how much to use from experience, but it’s not in a clinical setting that somebody told them how much to use,” says Dr. Raj Mehra, CEO of Seelos Therapeutics, a NASDAQ-listed pharmaceutical company working to get a whole Ketamine approved for depression.

In the case of off-label ketamine, patients need to rely solely on the professional responsibility of the doctor administering the treatment and lack a proper framework that can guarantee treatment under a safe protocol.

“Nobody knows what doses to give, how to give, what will happen afterwards, how long it should be given. These are the things that need to be studied in a very scientific clinical setting,” says Mehra.

Dr. Hicks recognizes that ketamine, esketamine and arketamine appear to have different binding capacities to the receptors that they affect. However, in his view, these differences do not account for the substantial dissimilarities in its pricing.

A dose of Spravato costs $600 while a dose of ketamine from a compounding pharmacy runs at just $2, says Hicks.

“Spravato is significantly more expensive than ketamine, but on the flip side has gone through the rigorous FDA approval process for treatment-resistant depression. With ketamine, we have to give it off-label,” says Dr. Reid Robison, of Novamind.

Novamind is a psychedelics company operating a network of psychiatry clinics that offer ketamine-assisted psychotherapy, Spravato and other forms of mental health treatment.

Being FDA-approved means that Spravato treatment can be covered by health insurance, while ketamine used off-label needs to be paid privately. Last year the medicine also gained approval for suicidality as a second indication.

“We’ve given it approximately three thousand times in our clinics and every one of those has been covered by insurance,” said Robison.

Spravato treatment is also framed in a “risk evaluation and mitigation strategy,” that monitors potential abuse and misuse, and obliges certified training for staff involved in prescribing, dispensing, and administering the drug.

Moving Beyond Esketamine: Going Back To Ketamine?

Further research conducted in recent years suggests that esketamine might not be the best part of ketamine for treating depression. This is leading companies to pursue FDA approval of whole (or racemic) ketamine for the treatment of depression.

Seelos Pharmaceuticals is one of these companies, currently developing a nasal spray similar to Spravato, which uses both sides of ketamine instead of just esketamine.

In 2010, says CEO Raj Mehra, when Janssen began researching its ketamine program, scientific consensus agreed that the antidepressant effects of ketamine were due to it blocking a receptor known as NMDA.

“If you look at it, the S form that they used [esketamine] was actually the strongest in blocking NMDA receptors, then the racemic,” says Mehra.

“Now it turns out that they chose the wrong isomer,” he says. “In 2018, The National Institutes of Mental Health showed that in the depression effect of the ketamine, there is not only that NMDA receptors that Johnson and Johnson focused on, but there were other receptors involved in the brain as well, that were responsible for the antidepressive activity of ketamine.”

One of these is the AMPA receptor. According to Mehra, “the NIMH showed very clearly that esketamine actually is a weak acting antidepressant.”

For these reasons, Seelos is pursuing approval for a Ketamine nasal spray using racemic ketamine, which includes both esketamine and arketamine. The company acquired a program launched by Javelin Pharmaceuticals in the early 2000s, initially developed for post-operative pain relief, but that program is now being studied for use in suicidality and depression.

Most importantly, the company is working under the hypothesis that intranasal ketamine could be superior to both Spravato and ketamine infusions.

“The efficacy that we showed through intranasal ketamine is dramatically different from esketamine and it’s also different from IV ketamine, both on efficacy and safety.”

Because intranasal ketamine shows improved effects from generic IV ketamine, Seelos can present it as a differentiated product and claim IP rights over its use for specific indications.

A Problem For The Psychedelics Industry At-Large?

Novamind CEO Yaron Conforti said that there’s a conversation to be had to compare and contrasting off-label ketamine with Spravato.

“But absolutely fundamental to us is creating access to alternative treatments when none existed before,” he said. For his company, this means being able to offer both Spravato and off-label ketamine to patients.

In the clinical trials that brought Spravato to market, the medicine was compared to placebo, and head-to-head studies comparing ketamine to Spravato have not been done yet.

“Along with that expensive drug development process resulting in costly medicines, we also have a lot more safety data and efficacy data on Spravato, and a lot better understanding,” says Robison, adding that cost-effectiveness analyses of Spravato are still being debated among psychiatrists in the field.

While in most cases the cost of the treatment is not borne by the patient, its weight is still placed upon the healthcare system as a whole.

The many perks brought by Spravato’s FDA approval also raise a flag of concern for the entire industry of medical psychedelics, which in March it became the arena for a heated debate around the moral implications of patents in the mental health space.

The emergence of Spravato highlights deficiencies in the current FDA model for drug approval, where in order for a drug or treatment to become FDA-approved, a company needs to find financial incentives to back that research, thus leading to a lack of guidance, safeguards, and standards for potentially valuable drugs that are generic or naturally-derived compounds.

“Cost and accessibility are universal challenges we face in our healthcare system, and these will also apply to psilocybin, MDMA, and nearly every drug that comes to market, at least during the initial years of patent exclusivity,” said Novamind’s Robison.