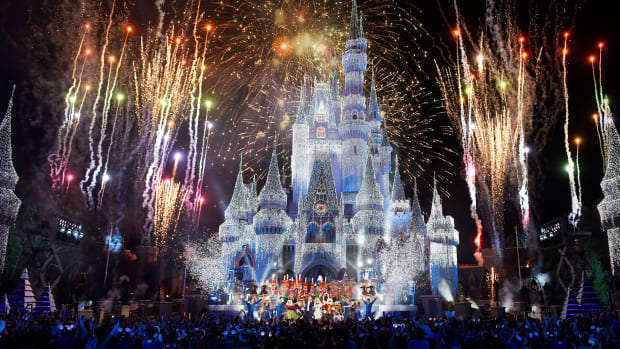 This fan favorite has been missing since the pandemic and some feared it would never come back.

In other areas, however, Disney World offers familiar, even old-school, attractions. "Pirates of the Caribbean," "Haunted Mansion," "Carousel of Progress" -- really, much of Magic Kingdom -- offers fun that dates back to Walt Disney's days.

Add in other traditions like parades, fireworks, and character meet-and-greets, and large parts of the company's Florida theme parks are not about what's new but about delivering classic experiences that have become timeless.

Some of those experiences -- parades, fireworks, and shows -- went away because of the Covid pandemic. Most have already returned, but one classic, a nearly 50-year-old show, had not come back, leading to fears that it wouldn't.

Fans of that show got news to close March as Disney announced a return date for this long-loved show.

Parts of the Disney World experience could be considered nostalgic, even hokey. That's certainly an apt description for the "Hoop-Dee-Doo Musical Revue," a 47-year-old dinner-theater show. Disney leaned into that in its announcement that the show would return.

"Yah-hoo, let’s eat! Get ready to clap your hands, stomp your feet and sing along, as the beloved musical dinner show Hoop-Dee-Doo Musical Revue returns this summer to Walt Disney World Resort! If you’re hankerin’ for a seat at the table, reservations will be available via DisneyWorld.com starting May 26 for showtimes beginning June 23," the company said on its blog.

Since it began in 1974 (when it might have been considered cutting edge) the "Hoop-Dee-Doo Revue" offers "guests a rousing Wild West performance, singing, zany comedy with lots of laughs and an unforgettable countrified feast full of fried chicken, smoked BBQ ribs, a variety of savory sides and of course, strawberry shortcake."

Call this Disney nostalgia, but it's a family-friendly evening where you can eat, watch a show and, for the adults, not be on your feet for a few hours after a long day at the parks. And the show won't return exactly as it was.

"Hoop-Dee-Doo will return with a few updates to its script and scenery while staying true to the treasured experience the whole family can enjoy – with the hilarious, high-spirited entertainment that it’s been known for all these years," the company added.

The return of "Hoop-Dee-Doo Revue" brings back one of the last major pieces of entertainment to the company's Florida theme parks that have been missing since the pandemic. Aside from traditional character meet-and-greets, the theme-park company has essentially restored operations to prepandemic normal.

But one pandemic-era change, park reservations, appears to be here to stay. Having to make a reservation adds a layer of complexity to visiting Disney World, but it also manages park capacity, which could make for a slightly better in-park experience.

Bringing things back to normal should help Disney continue to rebuild its theme-park business. The company even trumpeted all the other shows that have returned to Disney World:

"The return of "Hoop-Dee-Doo Musical Revue" is just the latest to make its grand return, joining other recent entertainment offerings like the 'Festival of Fantasy' Parade, 'Indiana Jones Epic Stunt Spectacular,' 'Mickey’s Magical Friendship Faire' and even 'Adventure Friends Cavalcade!' Other shows will be coming back later this year – including 'Fantasmic!' and a fresh spin on a guest favorite, 'Finding Nemo: The Big Blue… and Beyond!'"

As each show returns, more potential visitors see booking a Disney vacation as more worth it.

There's a different tipping point for each family opting to spend the thousands of dollars it costs to book a Disney vacation. But bringing back beloved shows that parents experienced when they were kids should likely help more people opt to make the trip. That in turn should help Disney push theme-park revenue back to, or perhaps even past, prepandemic levels.