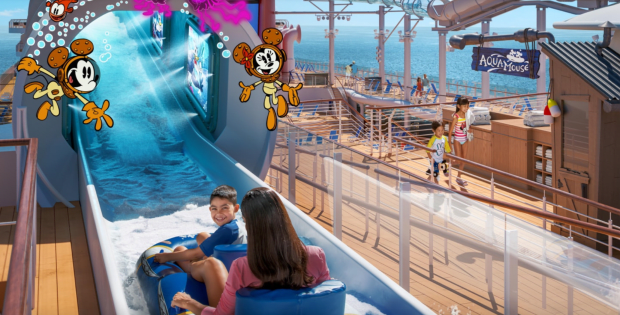 The entertainment company may have a customer problem with a new Disney World attraction and another big project has been delayed.

And, while not all of these theme park lands had smooth openings -- Galaxy's Edge struggled with its signature ride Star Wars: Rise of the Resistance having repeated outages -- all eventually became unqualified successes.

That has actually been a bit of a pattern for Disney though the timeframes have varied. The company often struggles when it opens a new attraction, which may be at least partly because no amount of testing can truly simulate the incredible customer demand that greeted each of these openings.

But, Disney has two major new projects debuting soon and one has been delayed while the other has been facing a bit of a customer backlash.

Disney's cruise line has sort of been a cherry on top for the company. It's less than 5% of total revenue so the company was extra-careful when it came to getting back to sea after its pandemic-related closure. While both Royal Caribbean (RCL) - Get Royal Caribbean Group Report and Carnival Cruise Line (CCL) - Get Carnival Corporation Report began sailing in early July, Disney did not bring its cruise ships back to sea until August.

But, even with the shutdown, Disney kept its latest cruise ship -- the Disney Wish -- on track for a June 9 debut. That sailing, however, won't happen, nor will the next 11 scheduled sailings for the highly-anticipated ship. The company released a statement on the delay, which Walt Disney News Today published.

While we are all eagerly awaiting the ship’s debut, today, we must share that our anticipation will, unfortunately, have to extend a bit longer than initially planned. The shipyard has notified Disney Cruise Line that despite their very best efforts, they will need more time to finish the ship due, in part, to the pandemic and particularly the arrival of the Omicron variant in Germany at a critical point in the process.

As a result, Disney Cruise Line has no other choice than to delay the maiden voyage by a few weeks, which will regrettably affect sailings through mid-July.

Disney has rebooked passengers on the original maiden voyage to the new maiden voyage on July 14. "If they are unable to move to the new sail date, they will have the option of either a 50% discount on a future cruise departing by December 31, 2023, with any originally paid funds converted to a Future Cruise Credit, or a full refund," the company said.

And while a few weeks of delay will ultimately not be a very big deal, this has proven to be an expensive miss that may also create some ill-will with some of the Disney Cruise Lines' best customers.

Star Wars: Galactic Starcruiser May Have a Bigger Problem

When Disney said it was building an immersive Star Wars hotel that would drop superfans into a multiday adventure in a "galaxy far, far away," it was met with much initial joy and an awful lot of people reserved the expensive experience.

"A family of four can expect to pay nearly $6,000 for two nights on board Disney's Galactic Starcruiser in a standard cabin. Meanwhile, a couple without children can expect to pay $4,809 for the one-of-a-kind choose your own adventure in a galaxy not so far, far away," Travel & Leisure reported.

Those prices may vary a little depending upon the time of year, but when reservations were first put on sale, Star Wars fans were not deterred by the price. That changed when more details about what you actually get for your money became public.

That was backed up by multiple websites showing that you could make reservations for the hotel at times that were once fully sold out. That trend continued through January which suggests that either the price might be too high or Disney -- having failed to wow fans with its promo videos -- needs to have a "prove it moment" through delivering strong reviews before people will spend this much money on a two-day experience.