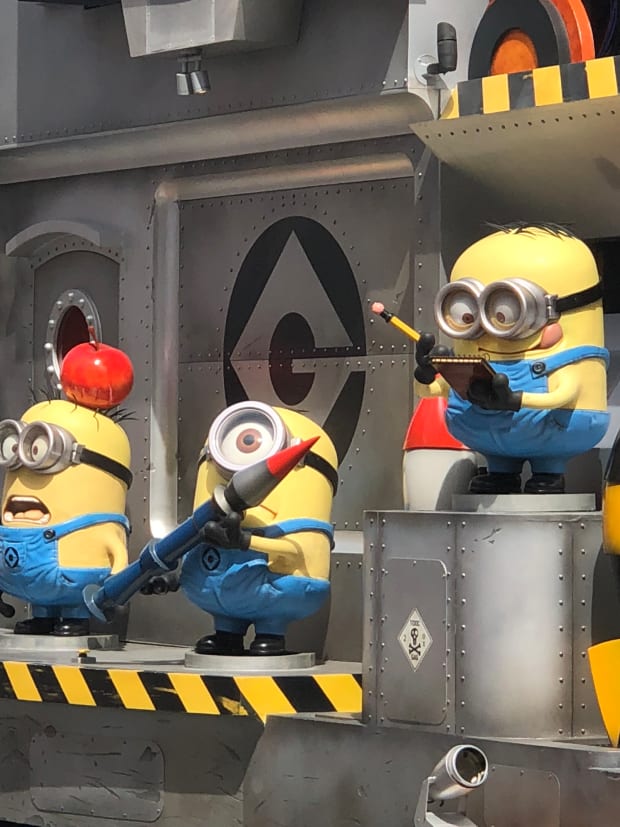 Disney World has to contend with an upcoming new park from rival Universal Studios.

For decades, Walt Disney (DIS) - Get Walt Disney Company Report invested very little in its theme parks. Entire sections of Epcot fell out of use as corporate sponsorships ended and, instead of new rides, the company added character meet and greets.

The lack of innovation came because Walt Disney World and Disneyland had no meaningful competition. Yes, Comcast's (CMCSA) - Get Comcast Corporation Class A Report Universal Studios existed as did Seaworld (SEAS) - Get SeaWorld Entertainment, Inc. Report, but those companies had not invested at the level required to force Disney to put big money into its parks.

In many ways, the Disney theme parks were frozen in time and that's not all that unique in the theme park business. Traditional regional theme parks and traveling carnivals rolled out the same rides every year with maybe an occasional new attraction.

Disney had done the same thing because Universal Studios followed roughly the same strategy until it launched The Wizarding World of Harry Potter at its namesake park in 2010. That addition raised the standard for theme parks in general. It was more than a new ride. Wizarding World was an immersive, fully themed land, and it set off a theme park arms race.

Disney answered Harry Potter, which now has lands at both of Universal's Florida parks, with the Pandora land from the movie "Avatar" at Disney's Animal Kingdom and Toy Story Land and Star Wars: Galaxy's Edge at Disney's Hollywood Studios.

Both of those expansions follow the Harry Potter model. They're not just a collection of rides, restaurants, and gift shops. Instead, these new additions are fully immersive worlds where -- at least for Galaxy's Edge and Pandora -- you literally can't see the real world.

Universal wants its park to be a vacation destination instead of a day visit during a family's Disney World trip. To accomplish that Comcast has added the Volcano Bay water park and a steady stream of new rides along with the two Harry Potter Lands. The company has also begun construction on Epic Universe, a third theme park that would entice people to stay at its onsite hotels the way they do at Disney's.

Basically, Universal wants to become the default family vacation option and in trying to become that has woken up a sleeping giant.

Disney Has Big Plans to Take on Harry Potter and Universal

Disney has spent heavily since Harry Potter arrived to give consumers a reason to visit its parks beyond nostalgia. New rides and lands encourage repeat visits and -- perhaps most importantly -- help the Mouse House stay ahead of its rival. That's why Walt Disney CFO Christine McCarthy made it clear that the company will continue to invest heavily in its U.S. theme parks in 2022.

"At DPEP [Disney Parks, Experiences, and Products], we expect that per cap spending at our domestic parks in fiscal 2022 will continue to significantly exceed pre-pandemic levels, and we are particularly encouraged by the early response we are seeing to Genie at Walt Disney World," she said during the company's fourth-quarter earnings call.

McCarthy also noted that the company's money won't go as far as it used to due to a variety of reasons.

"However, we also expect that while we continue to pursue strong cost mitigation efforts certain costs will be elevated in fiscal '22 versus pre-pandemic levels, including, for example, inflationary pressure on wages, costs related to new projects and initiatives such as Star Wars: Galaxy's Edge, Avengers Campus, and the Epcot expansion," she said.