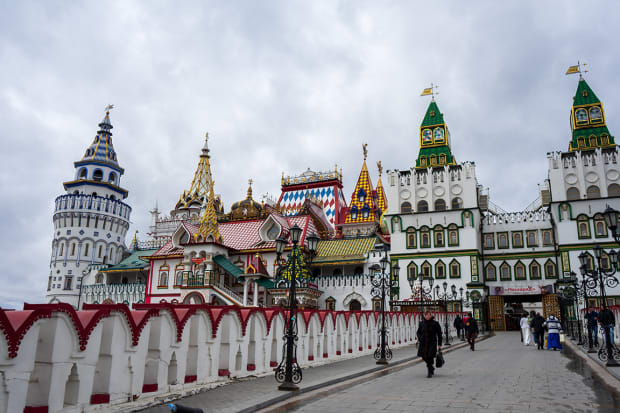 It is an exotic word, which has become a catch-all since the first American-European sanctions against Russia for having invaded Ukraine.

Oligarch. A word that we have heard a lot recently, as if it were the adjective to describe something, someone, even a country.

It's on everyone's lips as the conflict between Russia and Ukraine intensifies and world leaders look to more and heavier sanctions.

Oligarch is used often and freely, usually as shorthand for who international authorities may be looking to target with many of these narrowed rules.

But what does the word itself mean?

Before the fall of the Soviet Union in 1991, it was reserved almost entirely for very wealthy powerbrokers in countries that did not have a strong central government, particularly ones without democratic methods that allowed all citizens to have a central voice.

Strictly interpreted, the word oligarch means an extremely wealthy businessperson who has very close influence to the levers of power in a particular nation.

But when we talk about it in the context of Russia, it almost always carries an additional meaning.

The person being dubbed an oligarch usually profited from the breakup of the Soviet Union and the privatization of its many previously state-owned resources, including oil, gas, timber, steel and all sort of other types of industry and manufacturing.

That has created an oligarchy, which is a power structure in which very few hold the power in a nation, and oligarchs are some of them. You can read more about that here.

Why Does This Matter?

As Russia has grown into a contemporary nation and left behind its Soviet-era government of communism and vast reach across what are now nations in their own right — like Ukraine — the people who managed to get in at the ground floor of privatization have grown astronomically richer.

They often have also become even closer to Russia's main powerbroker, Vladimir Putin, as well as his aides and lawmakers. They also often have ties to the former Soviet-era intelligence gathering agency the KGB, of which Putin was an officer.

That has allowed them to help craft and benefit from policies that are in their interest. Those policies and people are now under close scrutiny from European and NATO authorities.

Anything and everything that can be sanctioned to put pressure on Russia is now coming into the crosshairs.

“Elites close to Putin continue to leverage their proximity to the Russian President to pillage the Russian state, enrich themselves, and elevate their family members into some of the highest positions of power in the country at the expense of the Russian people," the U.S. Department of the Treasury said in a statement this week.

"Sanctioned oligarchs and powerful Russian elites have used family members to move assets and to conceal their immense wealth.”

Of course, it has been quite a while since 1991, and in the passing years, Russian oligarchs have used their vast wealth to move into international society.

In fact, one of the cities most beloved by the oligarch class, London, has spent almost three decades trying to find ways to tax and curb Russian money pouring into its residential real estate.

Some of them have bought soccer teams. One of the most famous oligarchs is Roman Abramovich, the owner of the famous Premier League football club Chelsea.

Sign of its importance, Abramovich has accepted a Ukrainian request to help negotiate an end to the war in Ukraine with Russia, his spokesperson told media outlets.

The billions of dollars that Russian oligarchs have used to buy property in posh London neighborhoods, leading Transparency International to estimate that £1.1 billion "worth of London property is owned by Russians accused of corruption or links to the Kremlin."

London Mayor Sadiq Khan told the Atlantic that Russia's aggression toward Ukraine has sparked a much-needed review of how oligarchs use the city to both launder money and keep cash safe.

“For far too long, ministers have turned a blind eye to the use of our capital’s homes as a safe harbor for oligarchs to park their cash, which is having a negative impact on both our international reputation and our local housing market,” Khan said. “Now is the time to act.”

This ultra-wealthy class has become a byword for people who snap up extremely expensive baubles and toys, including yachts, jewelry, artwork, jets and even historic homes that once belonged to Europe's aristocratic families.

Three of those enormous yachts are currently being retrofitted in the MB92 shipyard in Barcelona, including a 139-metre Solaris owned by Roman Abramovich (pictured above); a 70-metre Galactica Super Nova owned by Vagit Alekperov; and a 74-metre Aurora, owned by Andrey Molchanov.

All three men own massive chunks of oil and manufacturing companies in Russia, and the boats being moored in a NATO member company make their fates unknown.

People Targeted As Oligarchs By the U.S.

Conflict between Ukraine and Russia has been going on for at least the last 1,000 years, historians were quick to remind the public this week, so understanding the context of why we are now targeting specific Russians for this particular conflict matter.

"People have short memories," Vladislav Zubok, a Russian historian who teaches at the London School of Economics, told NPR.

"The story of Ukrainian-Russian tensions go all the way back to the rapid and unexpected collapse of the Soviet Union," said Zubok.

Want to know who exactly is facing international sanctions? Check that list out here.