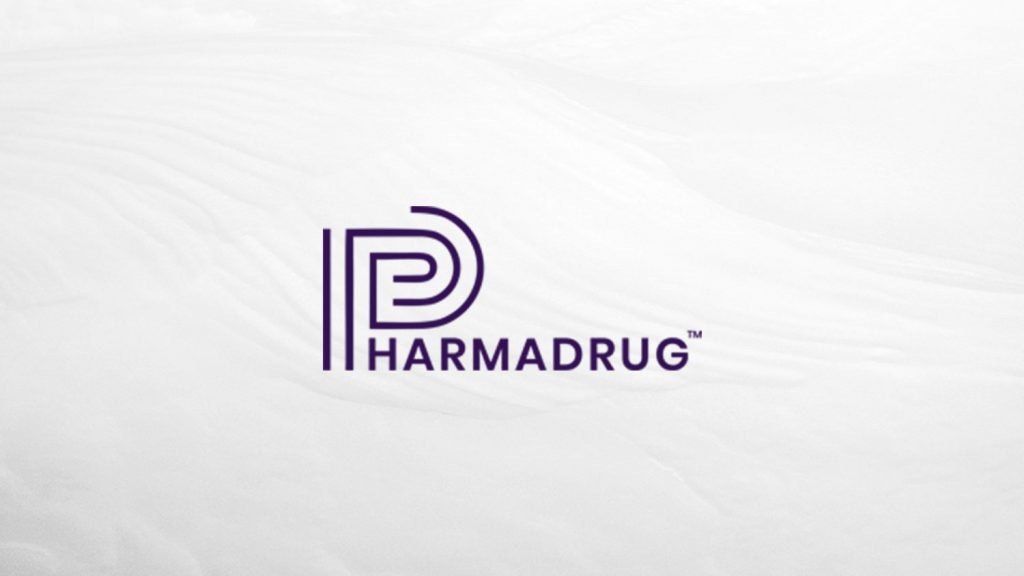 PharmaDrug Inc. (CSE: PHRX) (OTCQB: LMLLF), a specialty pharmaceutical company focused on the research, development and commercialization of controlled-substances and natural medicines such as psychedelics, cannabis and naturally-derived approved drugs, is pleased to announce that it has successfully completed a head-to-head potency comparator study of its two undisclosed DMT-analogue candidates for the treatment of primary open angle glaucoma (POAG). Following this successful outcome, the Company, in collaboration with the Terasaki Institute for Biomedical Innovation (TIBI), has initiated fabrication activities necessary to produce a novel medical device capable of delivering sustained, low (sub-psychedelic) quantities of their undisclosed tryptamine-based pharmaceutical to the front of the eye. The Company intends to use the current results in combination with several planned upcoming in vitro studies to elect its final development candidate. Future in vivo efficacy testing in an accepted model of POAG is currently being planned with the goal of providing all necessary support to file an investigative new drug (IND) application with the FDA to conduct clinical studies.

“Despite the availability of several approved medications, irreversible vision loss related to elevated intraocular pressure (IOP) remains a significant risk for patients suffering from glaucoma. We are excited to announce that our recently generated data demonstrates that the concept of using select DMT-analogues to activate protective pathways within critical cellular compartments of the eye may provide significant utility in treating elevated IOP. The next few months will be vital in further characterizing relative drug potency, selecting a single lead candidate to take forward and fabricating a novel medical device capable of delivering constant and sustained levels of drug to the anterior portion of the eye. The following research phase will focus on IND enabling efficacy studies using a well accepted animal model of POAG.”

The aim of PharmaDrug’s DMT-analogue research program in ocular health is to develop suitable prototype medical devices capable of sustained ocular drug-delivery while also confirming efficacy, biocompatibility and stability of its candidate molecules in models of elevated IOP. The research program scope includes full establishment and demonstration of candidate molecule loading capacity as well as release rate evaluations of conjugated materials using appropriate models that will be used to support an IND application with the FDA in the future.

The Company has completed its initial potency evaluation of two test articles using an in vitro calcium mobilization assay on trabecular meshwork cells; a cell type known to be critically important in the maintenance of healthy IOP. Calcium mobilization is understood to provoke cellular contraction, and specifically in the case of trabecular meshwork cells, is thought to contribute to the maintenance of healthy IOP by channeling aqueous humor away from the front of the eye. Both test articles were found to activate calcium mobilization, to levels that were comparable or greater than the experimental positive control, ionomycin. The Company’s test articles were previously examined for in vitro toxicity and were found to be non-toxic to trabecular meshwork cells at concentrations expected to be used in treatment for various eye diseases. Fabrication of a drug-loaded prototype medical device has been initiated and studies, including biocompatibility are underway to evaluate drug release in cell and cell-free model systems. Collectively the results of these studies will be used to select a lead development candidate that will be taken forward into in vivo efficacy models for eye diseases, including glaucoma.

Glaucoma is a disorder of the optic nerve that results in irreversible vision loss and is the second leading cause of blindness in the world, according to the World Health Organization. Glaucoma impacts more than 2.7 million people aged 40 or older in the United States and current treatments are known to have poor rates of compliance of up to 80% of patients. The global market for glaucoma was estimated by Market Scope at $4.8 billion in 2019 with the U.S. market representing $1.9 billion. Although the exact etiology of primary open angle glaucoma remains poorly understood, and may be variable across patient subsets, it is generally accepted that the observed increase in intraocular pressure (IOP) correlates with progressive vision loss1. Current treatments for POAG primarily consist of eyedrops that can be grouped into three main categories: prostaglandin analogues, carbonic anhydrous inhibitors, and alpha-2 agonists. While these approaches usually provide partial improvement, they often result in side effects such as redness and stinging and require multiple daily applications; all of which diminish patient compliance. Tryptamines, including DMT-analogues are thought to work in a completely distinct way to lower IOP and as such potentially embody a new class of glaucoma medications that may be used alone, or in combination with already approved medications. The Company’s streamlined focus on two highly promising, undisclosed tryptamines as a potential therapeutic solution in treating glaucoma represents a potential paradigm shift.

Key regions of the eye that regulate fluid dynamics, including maintenance of healthy IOP, are known to be richly decorated with various serotonin receptor family members. Previous research has highlighted the role of serotonin receptor signaling in the regulation of IOP2-5. Tryptamines, often hallucinogenic above certain threshold concentrations, constitute a large collection of molecules that selectively act on multiple different serotonin receptors including 5-HT1A and 5-HT2A. Topical application of several different tryptamines have shown early promise in preclinical models of elevated IOP, however formulation, delivery, the potential for undesirable hallucinogenic side effects, and the controlled substances act of 1970 have all contributed to a lack of development of tryptamines to treat this serious threat to vision.

The Terasaki Institute for Biomedical Innovation is a biotechnology institute which develops medical devices and cutting-edge protocols for a variety of diagnostic, monitoring and treatment applications. Their research platforms include work in biomaterials, cellular and tissue engineering, wearable biosensors and organs-on-a-chip, with specific expertise in novel polymer development.

PharmaDrug is a specialty pharmaceutical company focused on the research, development and commercialization of controlled-substances and natural medicines such as psychedelics, cannabis and naturally-derived approved drugs. PharmaDrug owns 100% of Pharmadrug Production GmbH (“Pharmadrug Production”), a German medical cannabis distributor, with a Schedule I European Union narcotics license and German EuGMP certification allowing for the importation and distribution of medical cannabis to pharmacies in Germany and throughout the European Union. PharmaDrug owns 100% Sairiyo Therapeutics (“Sairiyo”), a biotech company that specializes in researching and reformulating established natural medicines with a goal of bringing them through clinical trials and the associated regulatory approval process in the US and Europe. Sairiyo is currently developing its patented reformulation of cepharanthine, a drug that has shown substantial third party validated potential for the treatment of Covid-19 and rare cancers. Sairiyo is also conducting R&D in the psychedelics space for the treatment of non-neuropsychiatric conditions. The Company also owns 100% of Super Smart, a company building a vertically integrated retail business with the goal to elevate the use of functional mushrooms, and psilocybin mushrooms where federally legal, as natural based medicines.