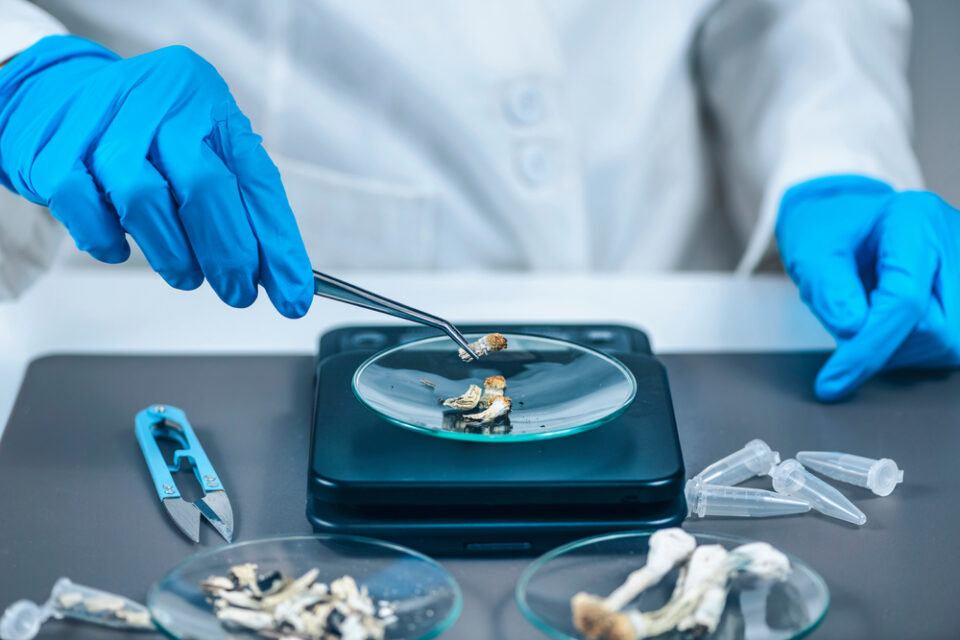 As more research has been demonstrating, psilocybin may be one of the best new treatments for not only treatment-resistant depression, but also Alzheimer’s, post-traumatic stress disorder, autism, alcoholism, smoking, and drug addiction, anxiety, obsessive-compulsive disorder, cluster headaches, and more.

In fact, there are currently 50 psilocybin-related studies in the U.S. either active, completed, or recruiting. Most of the research is done using fairly small control groups of volunteers, and some are heading to their Phase III clinical trial, the last step to becoming an FDA-approved pharmaceutical. In December, COMPASS Pathways plc (Nasdaq: CMPS) announced positive results from its exploratory study of COMP360 psilocybin therapy in conjunction with SSRI use. The study wanted to test whether patients with treatment-resistant depression could tolerate and do well with psilocybin treatments while also taking regular depression medicine.

The list of claims about what psilocybin can treat keeps getting longer, and that is generally seen as a good thing. But it begs the question: Are all these new studies using relatively small study groups enough to quickly launch a new treatment for so many different conditions? In short—is the industry getting ahead of itself?

Research already has demonstrated the safety of psilocybin in regulated spaces facilitated by a medical team over a series of guided sessions. That is where these new treatment discoveries have happened.

But as the popularity of psilocybin grows, especially with new microdosing products making it seem more controllable for the average citizen, psilocybin is moving out of the labs and away from clinical trials to everyday consumers who may not be prepared—or who aren’t getting it for any real mental illness condition, or for any real medical therapy with physician oversight.

Take for instance Oregon’s Measure 109 passed on November 3, 2020, and may become a model for legalized psilocybin services and sales going forward.

Psilocybin consumers are not patients but “clients.” The client here is just any interested consumer—he or she fills out a simple form that the service center facilitator reviews and the psilocybin experience begins.

The customer is on his own to include any mental health issue information or other similar issues for which he or she is seeking to treat with psilocybin. There is no doctor release or physician direction required. The facilitator is not a health care provider. He or she simply monitors the customer’s psilocybin session, makes sure it’s safe, may or may not ask a few follow-up questions, and then the client is free to go.

What exactly a service center is, and what training is needed for a facilitator, are issues being worked out with the Oregon Health Authority (OHA) under the advice of the 16-member Oregon Psilocybin Advisory Board. They have until the end of December.

It all seems a little rushed, given that this is psilocybin, a powerful mental health treatment that causes hallucinations and affects brain chemicals. It may not be ready for prime time in the way that Oregon proposes.

People opposed to the Oregon bill, and the rollout of psilocybin service centers, are saying the state jumped the gun because psilocybin is still being scientifically investigated and not fully understood. Dr. Saul Levin, chief executive officer and medical director of the American Psychiatric Association, wrote a letter in opposition to the bill that, as medical experts in psychiatric care, “we are concerned about determining medical treatment by ballot initiative. Such treatment should be evidence-based and determined solely by professional standards of care.”

A recent study about psilocybin-assisted therapy in medicine concluded that the results of the first clinical trials are encouraging, “albeit there have been some setbacks. For future studies, it will be critical to improve testing procedures. When it comes to mind-altering medications such as psilocybin, conducting thorough double-blind experiments is challenging, and subject selection biases are a concern.”

Researchers are recruiting now for psilocybin studies to treat anorexia nervosa, Parkinson’s disease, bipolar disorder, obsessive-compulsive disorder, body dysmorphic disorder, effects of concussions, cocaine use, migraine headaches, even treatment for work burnout experienced by physicians and nurses with frontline work exposure in the COVID pandemic. There is another study on the horizon to use psilocybin for treating phantom limb pain.

So the research work continues apace. Great. But psilocybin isn’t Cannabis 2.0. As the growing list of mental health conditions that may be treated by psilocybin shows, this is a new, more muscular genie out of the bottle. It could wreak havoc among consumers—aka clients—if not carefully controlled. The real question is: What happens next?