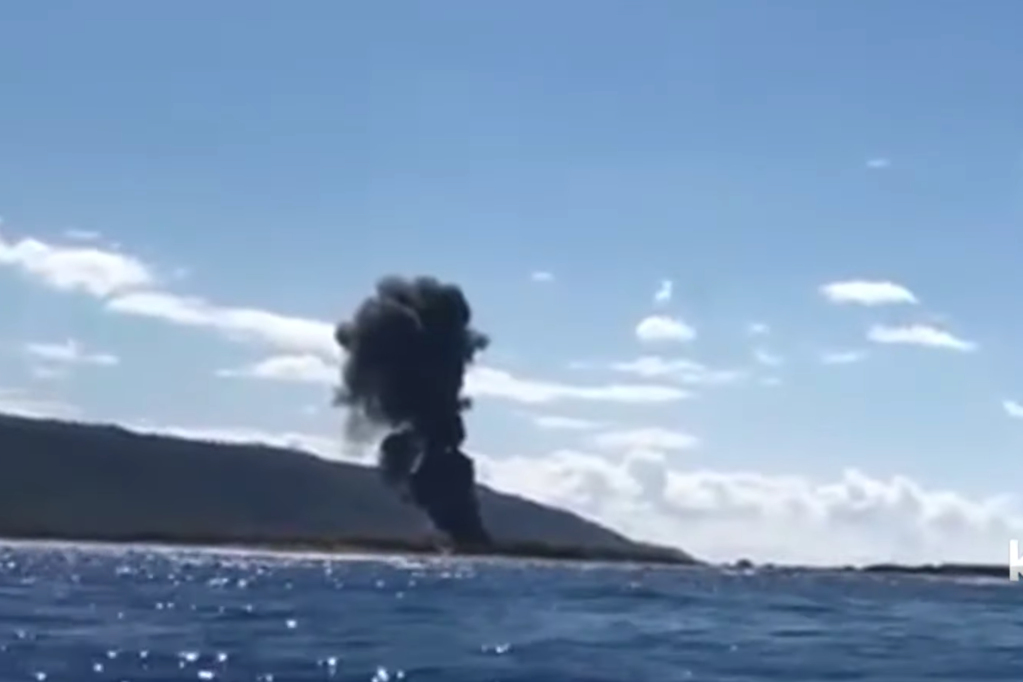 Four civilians were killed when the military-contracted helicopter they were on crashed near a Hawaiian naval facility on Tuesday morning, a report said.

The Sikorsky S-61N was supporting a training operation when it went down on the outskirts of the Pacific Missile Range Facility on Kauai at about 10 a.m., officials told Hawaii News Now.

“Something caused that helicopter to accelerate and go down,” witness Chris Turner told the news outlet.

“It tweaked to the right and then immediately went straight nose down at an accelerated speed ― straight down within like one second,” said Turner.

The helicopter, contracted by Croman Corporation, had scooped up an object from the ocean and was attempting to drop it on land when the crash occurred, the company’s director or operations, Brian Beattie, told Hawaii News Now.

The fiery wreck was seen from miles away.

“I look up and it’s a big mushroom cloud of smoke,” said Rebecca Leibbrandt.

The National Transportation Safety Board and the Federal Aviation Administration are investigating the crash.