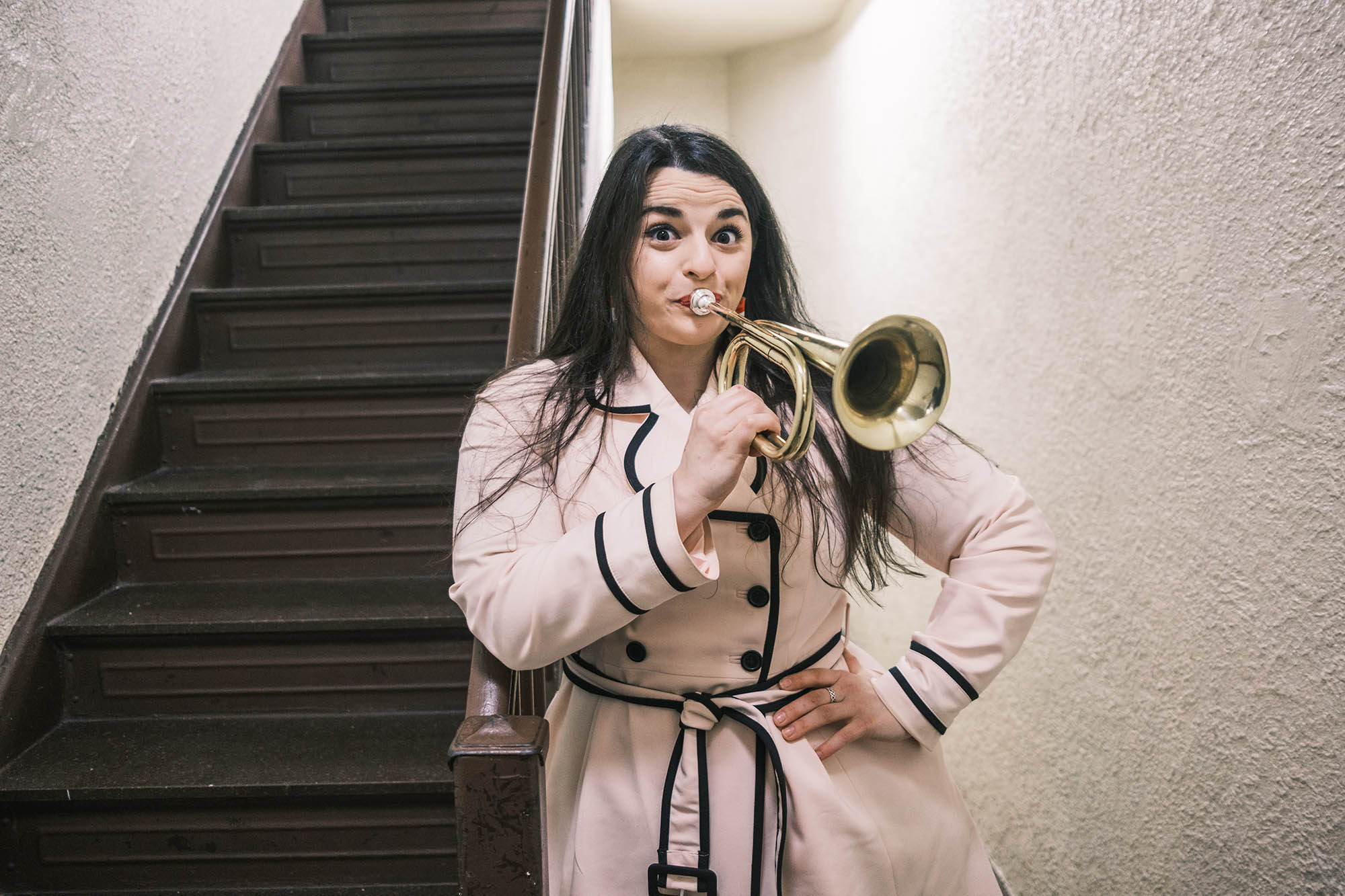 The writing is on the wall, in the hilarious handwritten notes of these New Yorkers.

Bedford-Stuyvesant resident Nicolas Heller is collecting all of them — the good, bad and whiny — on his new Instagram account @lord_give_me_a_sign_nyc.

“Say I get maybe 50 submissions a day, I’d say 25 percent are neighbor-related,” Heller told The Post of the blasts from all five boroughs.

Actress Sallie Bieterman put up one in her Brooklyn abode, begging neighbors preemptively to change their tune.

“I am genuinely sorry I’m learning the bugle,” wrote Bieterman — a recent contestant on “Jeopardy!”

“I was auditioning for a production of ‘Gypsy,’ in which one of the burlesque dancers ‘bumps it with a trumpet,’ and knew bugle skills would give me a leg up,” she explained.

And in a slick PR move, underneath her note she taped two small bags — one containing earplugs, the other chocolates.

“I wanted to be a good neighbor,” she told The Post. “I don’t know yet if I got the job … but no one complained about my bugling.”

Other signs take on a life of their own after they receive the Heller treatment.

Comedian Kareem Rahma recently posted one after his magazine went AWOL from the lobby of his Williamsburg apartment.

“Whoever took my New York Magazine, please be kind and return it. I was really looking forward to reading it,” it said.

It included his name and apartment number, and was defaced the following day by a neighbor who wrote, “If you stop playing your music so loudly!”

This spawned subsequent retaliatory signs, some even on his apartment door — and one from his landlord, warning that tenants would be fined for their sign-posting.

“No one is afraid to hold back when they are writing a sign, especially when it’s anonymous … That, with the New York attitude, is a dangerous combination,” Heller said.

New York Magazine then went on to interview Rahma and sent him a free copy of the mag, which had Rep. Alexandria Ocasio-Cortez on its cover — and AOC autographed it for him.

“It was really the most exciting part of my entire life,” he said of the sudden fame. “Living in New York for 10 years, I’ve always wanted to be involved in something like this.”

In Crown Heights, jeweler Laura Powers took a photo of a sign in her lobby calling for the recovery of citizenship papers.

She said her neighbor — whom she still has never met — created the sign and saw the sympathetic comments it attracted on the Instagram handle.

She then penned another one, this time directed at Heller’s account, thanking its followers for their support.

West Villager Mark Roth, wound up on the account when his phone number somehow made it on a sign for a Fake Pizza Hotline slapped onto a lamppost.

At some point, Roth even began answering the phone with, “Mushroom or pepperoni?” he said.

After that, Heller decided to eliminate all contact information from submissions