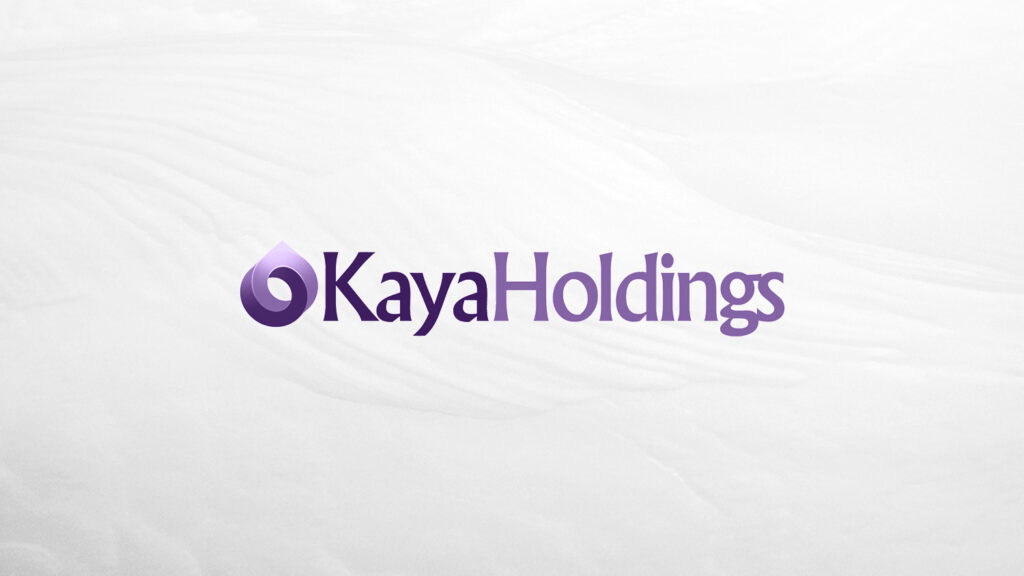 Kaya Holdings, Inc. (OTCQB: KAYS), the first U.S. publicly traded company to hold and operate cannabis licenses in all “touch the plant” categories, announced today that it has initiated the process to seek the requisite licenses for psilocybin manufacturing and facilitation service centers in Oregon.

In November 2020 Oregon became the first state in the United States to legalize and license the supervised use of psychedelic therapeutics for treatment of a range of physical and mental health issues. The Oregon Health Authority is expected to begin issuing licenses in January 2023. The OHA also launched Oregon’s medical cannabis program in 2014, giving KAYS critical experience in comprehending and complying with OHA mandates.

“The psilocybin opportunity is a logical extension for Kaya Holdings,” commented . “The purpose, customer, regulations, and operations, as well as our familiarity with Oregon regulators, are synergistic with our current mission, and can be leveraged within our current operational infrastructure. We anticipate being able to respond to market demand rapidly, upon licensing.”

Psilocybin, a naturally occurring compound found in “magic mushrooms,” is one of an emerging class of psychedelic medicines that contain potent psychoactive chemicals that can serve to affect human perception, emotions, and other cognitive functions. Psychedelic medicines have been found to have ground-breaking potential in treating a range physical and mental disorders including anxiety and panic disorder, resistant depression, opiate addiction, adult attention deficit hyperactivity disorder (“ADHD”), opioid addiction, post-traumatic stress disorder (“PTSD”), and acute and chronic pain.

A 2020 study in the Journal of the American Medical Association Psychiatry found that 71% of the patients with severe, previously treatment-resistant depression, showed “clinically significant improvement” that lasted at least four weeks and with “low potential” for addiction. Speaking on the study one of the study’s co-authors, Alan Davis, a neuroscience researcher at Ohio State University and adjunct professor at the Johns Hopkins Center for Psychedelic and Consciousness Research stated, “I would say at this stage the research is showing that in safe settings, this provides relief from debilitating mental health problems for some people.”

The emerging use of psychedelic medicine to treat physical and mental disorders. Insight Ace Analytic, an industry research firm, reports that the global psychedelic therapeutics market was valued at US$ 3.61 billion in 2021, and estimates the market will reach US$ 8.31 billion by 2028, with a CAGR of 13.2% during the forecast period of 2022-2028. Other market estimates include the research firm Research & Markets’ estimate that the psychedelic drugs market will reach US$ 10.75 billion by 2027.

As recently reported in the Wall Street Journal, Venture Capitalist Brom Rector of Empath Ventures sees Psychedelics as “a traditional biotech play, with a high probability of failure but a potential upside of 10, 20, maybe 50 times.” Additionally, he sees many of the infrastructure companies for the industry as having a lot higher probability of becoming cash flow positive.

While Oregon is currently the only State that has legalized Psilocybin for medical use with a regulatory framework in place to issue licenses for their manufacture and sale, Denver Colorado, Santa Cruz and Oakland, California, Ann Arbor, Michigan, Washington D.C., and Seattle, Washington have all decriminalized small quantities. Other activity in the U.S. include: