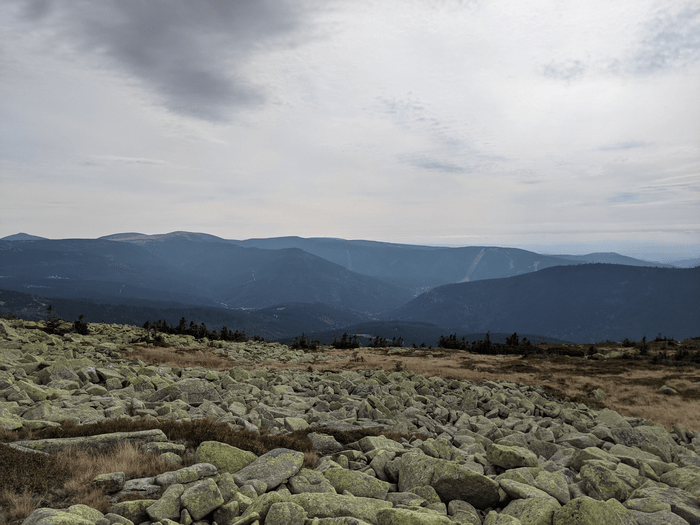 Algae are more than just the green scum that shows up on aquarium walls. The tiny plants, when teamed up with a fungus, can form a composite structure called lichen. Lichens grow everywhere, from tundras in the Arctic to the bark of the tree in your yard, and they do everything from creating oxygen to serving as food for reindeer. But a new study characterizes their preferred climates and concludes that their ability to change these climatic preferences happens slowly, over the course of millions of years. That means that these algae are likely to be impacted by rapid climate change the Earth is currently undergoing–and they might take lots of common lichens with them.

Algae are more than just the green scum that shows up on aquarium walls. The tiny plants, when teamed up with a fungus, can form a composite structure called lichen. Lichens grow everywhere, from tundras in the Arctic to the bark of the tree in your yard, and they do everything from creating oxygen to serving as food for reindeer. But a new study characterizes their preferred climates and concludes that their ability to change these climatic preferences happens slowly, over the course of millions of years. That means that these algae are likely to be impacted by rapid climate change the Earth is currently undergoing–and they might take lots of common lichens with them.

“In this study, we set out to learn how rapidly the climate preferences of these algae have evolved over time, and relate them to predictions about future rates of climate change,” says Matthew Nelsen, a research scientist at the Field Museum and the lead author of the new paper in Frontiers in Microbiology.

“Terrible, awful things,” says Nelsen. “We found that the predicted rate of modern climate change vastly exceeds the rate at which these algae have evolved in the past. This means that certain parts of their range are likely to become inhospitable to them.”

The group of algae that Nelsen and his colleagues examined is called Trebouxia. When the tiny algae take up residence inside a lichen, they live together with the fungus as one; the fungus provides the physical structure, while the algae provide food through photosynthesis. “When you see a lichen, you’re basically looking at all fungal tissue, with some algal cells hidden away and protected inside,” says Nelsen. “Loosely speaking, it’s like a greenhouse– the fungus creates a more hospitable environment for the algae.”

There are more than 7,000 kinds of lichen powered by Trebouxia, making it the most common algal partner in lichens. If the Earth continues warming at the rates predicted, it’ll be too hot for many Trebouxia species in parts of their ranges, and this could have downstream impacts on other organisms.

But the Earth’s climate has always undergone changes, and lichens (including the algae that fuel them) have been able to survive by adapting to new temperatures. The question for Nelsen and his colleagues was whether Trebouxia can evolve fast enough to keep up with modern climate change, which is happening way, way faster than normal.

To figure it out, Nelsen and his colleagues (including Field Museum curator Thorsten Lumbsch, Field Museum Intern Kati Heller, and Field Museum research associate Steve Leavitt) compared the DNA-based relationships of different species of modern algae to one another and looked at the environments they live in. “Closely related algal species tend to have similar climatic preferences, as predicted by their evolutionary relationships,” says Nelsen. “The most closely related ones might live in really similar climates, whereas distantly related species might differ more in their climatic tolerance.”

Essentially, it takes a lot of time for the climatic preferences of algae to change. To determine how much time it takes algae to make such big evolutionary leaps, the researchers created family trees showing how different algae are related to each other and calibrated the tree by using age estimates from previous work. “We lack any useful fossils in this group, so we had to use age estimates of this group from a previous study that included some plant and algal fossils to timescale a bigger group (plants and green algae) that includes Trebouxia,” says Nelsen.

After a whole bunch of statistical analyses, the upshot was that it could take hundreds of thousands, if not millions of years, for Trebouxia to adapt to the temperature changes that we’re on course to see in the next century.

“I was shocked,” says Nelsen about the team’s findings. “I should have known better from the other papers I’ve read, but I was disturbed to see it. It’s so close to home, on a group of organisms near and dear to my heart.”

Plus, Nelsen notes, lichens (or any organisms) surviving climate change isn’t solely about being physically capable of tolerating new temperatures, different amounts of precipitation, or changes in seasonal extremes. When the climate changes, animals and plants can spread into new environments, where they compete with native species. “Another new species might come in that is competitively more dominant than you, and you could get out-competed in that environment. And that could also lead to your disappearance from that area.”

All this doesn’t necessarily mean that the 7,000 Trebouxia lichens are all destined for extinction. “I think we’re going to see the ranges of these things shift, and that could lead to some shuffling of the relationships with fungi– we might get partnerships that weren’t there previously,” says Nelsen. “Since algae are the food source for the fungus, they’re the ones photosynthesizing and making sugars to give to the fungus. If they’re forced to move, then the fungal partner would either have to move too, or develop a new partnership.”

Losing lichens could have a profound effect on their ecosystems, says Nelsen. “Lichens are the dominant vegetation on 7% of the Earth’s surface. They play roles in ecosystem hydrology by retaining moisture. They also play roles in carbon and nitrogen cycling, and some of them are used by animals for food or nesting materials.”

Despite the study’s bleak predictions, Nelsen hopes the research is a step in the right direction for learning how to predict climate change’s effects, which can in turn possibly help scientists looking for solutions. “A lot of papers looking at climate change response are taking an organism’s current range, estimating its current climate preference, and projecting that into the future,” says Nelsen. “Instead, we estimated the rate at which these organisms have changed in the past and compared that with the anticipated rate of future climate change to make predictions about whether they would be able to evolve rapidly enough without moving, which not as many people have done. And I think we’re the first ones to look at lichens this way.”

And he hopes the study provides us all with the motivation to take climate change seriously and work towards systemic change to curb its worst effects. To sum it up, says Nelsen, we need to “be better.”