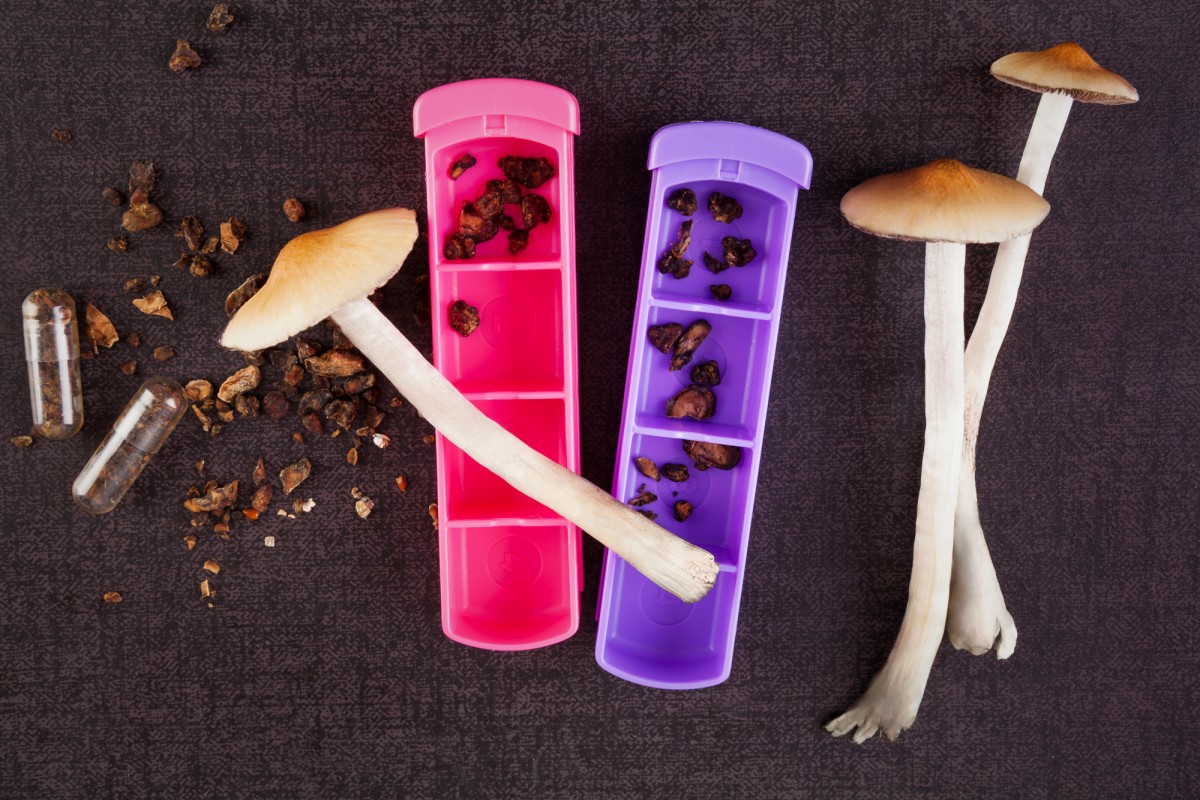 This article was originally published by PsyPost.

Psilocybin, the active compound in magic mushrooms, may be at least as effective as selective serotonin reuptake inhibitors, the leading type of antidepressant medication, according to research published in the New England Journal of Medicine. The phase 2, double-blind, randomized, controlled trial compared psilocybin to the antidepressant medication escitalopram.

“Our previous research in treatment-resistant depression and as well as human brain scanning strongly suggested the therapeutic potential of psilocybin. Pitting psilocybin in a head to head versus a conventional antidepressant felt like a brave and interesting test to do,” said study author Robin Carhart-Harris, the head of the Centre for Psychedelic Research at Imperial College London and founder of MyDelica.

Patients in the psilocybin group received 25 mg of psilocybin during two sessions. Those in the escitalopram group, on the other hand, only received 1 mg of psilocybin during their sessions — a dose with negligible effects. The patients received their dose in a controlled clinical setting as they listened to a curated music playlist and were guided through their experiences by a psychological support team, which included registered psychiatrists.

The patients were also instructed to take one capsule each morning. Those in the psilocybin group took a placebo pill, while those in the escitalopram group received an active dose of the antidepressant medication.

The patients completed a standardized scale of depressive symptom severity known as the Quick Inventory of Depressive Symptomatology–Self Report. At the start of the trial, the mean score was 14.5 out of 27 for the psilocybin group and 16.4 for the escitalopram group. After six weeks, scores reduced by an average of 8.0 points for those in the psilocybin group and 6.0 points for those in the escitalopram group — a difference that was not statistically significant.

“Psilocybin therapy appears to be at least as effective as a leading conventional antidepressant and is faster acting with a reassuring safety profile when given by professional therapists,” Carhart-Harris told PsyPost.

“Remedicalizing psilocybin and related drugs is the most interesting project in contemporary psychiatry,” Professor Guy Goodwin, an emeritus professor of psychiatry at University of Oxford who was not involved in the study, told the Science Media Centre. “The present study is not a quantum leap: it is under-powered and does not prove that psilocybin is a better treatment than standard treatment with escitalopram for major depression. However, it offers tantalizing clues that it may be.”

While the initial findings are encouraging, the study has some limitations.

“A bigger trial with a straight placebo condition would have further helped to clarify results and our interpretation of them,” Carhart-Harris explained.

The duration of treatment could also be a factor. SSRIs like escitalopram can take several weeks to start reducing symptoms. “Had the course of escitalopram been extended, it is possible that better efficacy would have been observed among the patients in the escitalopram group,” the researchers noted.

“The next big question is ‘how will psilocybin therapy fair in a big licensing trial?’ These are needed before medicine regulators can make a decision about whether to approve psilocybin therapy as a licensed treatment for depression,” Carhart-Harris said.