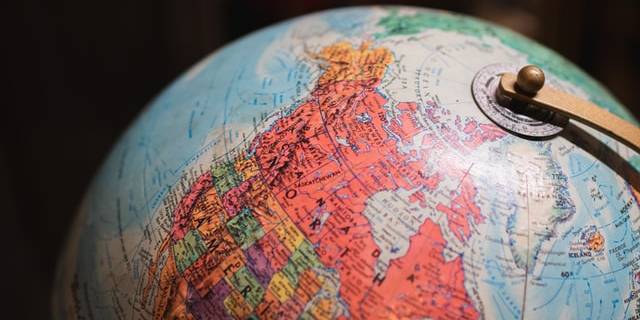 The revival of psychedelic science and medicine during this modern renaissance has arrived on the heels of massive milestones in clinical research, policy shifts, and an overall shift in the public’s perception of these drugs. However, much of the reporting has been focusing on the United States and Canada, where psychedelic companies have already gone public and are being actively traded on the capital markets. Of course, the United State’s terrifically damaging and misguided “War on Drugs” resulted in a near international ban on psychedelic drugs, making them federally illegal, even in Canada. However, maneuvering this landscape often requires some guidance, even for the seasoned expert and especially for the new psychedelic investor. This guide will explore the current regulatory landscape and frameworks for psychedelic medicine across the globe.

Get your FREE ticket to Psychedelic Capital: The leading due diligence conference and the gold standard for investment information in the emerging psychedelic space

The post-1960’s “War on Drugs” was a travesty for psychedelic medicine and suspended necessary research and discovery about these compounds for several decades. While this “anti-drug” campaign was spearheaded by the United States government (Reagan and Nixon, more specifically), it had ripple effects across the globe. Ultimately, the UN held a convention in which three measures were established:

These three conventions ultimately established psychedelic regulation and policy across the entire globe. However, deviations from these mandates are possible for countries that have signed onto the UN Conventions Pledge to make their drug laws consistent with the aforementioned mandates. Canada has set an important precedent through utilizing their section 56 exemption, for instance, to allow patients in dire need of psychedelic therapy to still receive it.

Read: The Psychedelic Renaissance & the Historical Progression of Canada’s Legal Regulations on Psychedelics

While the above UN mandates set the general tone for regulatory frameworks regarding psychedelics worldwide, countries like Canada have policies in place that allow them, on “3 principled grounds”, to deviate from the mandates set forth in the UN Conventions. The principles are as follows:

1. Human Rights Grounds – some of Canada’s human rights obligations supersede the obligations laid out in the UN convention, rendering them inapplicable. The federal government has jurisdiction over the regulation of controlled substances.
Under Section 56 of the Controlled Drugs and Substances Act (CDSA), the federal Health Minister has broad power to exempt people and/or jurisdictions, including municipalities and provinces, from any or all the provisions of the CDSA, without needing to amend or pass legislation in Parliament. That’s pretty broad power that can make a difference.

Therapsil, the psychedelic advocacy group that led the charge for Canada’s first section 56 exemptions for terminally ill patients, made headlines again when they did it for the first non-terminally-ill patient. There is undoubtedly a dedicated effort in Canada to align drug policy with evidence-based research and science overall.

2. Constitutional Grounds – some of Canada’s constitutionally protected grounds supersede the obligations laid out in the UN conventions, rendering them inapplicable.

3. Medical & Scientific Research Purposes – certain exemptions can also be relied upon under the UN conventions for “medical and scientific research purposes”.

Despite these drugs being so strictly scheduled, we are clearly seeing the floodgates of psychedelic science open far and wide at the world’s leading academic and research centers, including Johns Hopkins in the US, the University of Calgary in Canada & the Imperial College London in Europe. Indeed, it is this very groundbreaking research spearheading the modern renaissance as money follows efficacy in pharmaceutical and clinically dominant plays.

While psychedelic drugs, by and large, are still Schedule I compounds as far as the United States federal government is concerned, the FDA has also granted the coveted “breakthrough therapy” status to psychedelic drugs like psilocybin, the active ingredient in magic mushrooms, and MDMA, the primary component of ecstasy, also referred to as “molly”. While the 2020 election surely revealed a divided country, it was comforting to know most people were on the side of a more sensible drug policy all around the board. In fact, every state that had a measure to loosen regulations on drugs was able to pass that measure. From legal psilocybin therapy and full drug decriminalization (in small amounts) in Oregon, to even more states offering either medical or recreational cannabis (the total is now 35 despite the fact cannabis remains a Schedule I drug).

As awareness about the powerfully therapeutic potential of these compounds begins to rise across the US and the world, the modern movement to medicalize psychedelics is expected to influence policy on various levels — ideally, on the global level.

Looking Ahead to Regulatory Frameworks and their Anticipated Alignment With Science

While faced with what seemed to be an unwinnable smear campaign, psychedelic drugs are making a powerful, evidence-based revival. Experts across the board agree that psychedelics have incredible potential to treat difficult to manage mental illnesses The importance of finding pathways for psychedelic medicine through the complex legal, policy, and social barriers, to effective research that could lead to the US and international regulatory approval, cannot be understated. Only then will these promising compounds truly find their rightful place in service to humanity.

Find this piece interesting? Then you won’t want to miss our “International Regulatory Frameworks” panel at the next Psychedelic Capital event on April 29th. You can get your tickets here!