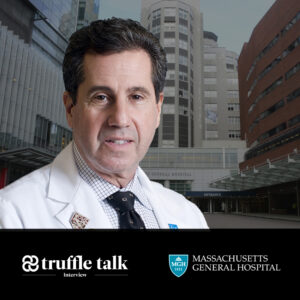 The Center for the Neuroscience of Psychedelics is currently focusing on foundational research exploring the effects of psilocybin in rumination, and MDMA for treatment-resistant PTSD. It is investigating exactly how psychedelics impact patients’ cognitive and emotional processes in dealing with mental health issues through advanced neuroimaging.

The Center’s research would also look into psilocybin for personality trait factors that lead to mental health concerns.

Having officially launched on March 9, the Center’s work comes at a time when Massachusetts advocates and lawmakers are vying for the decriminalization of all drugs, and studying the possibility of equitable access to psychedelic plants through two bills in the state legislature.

The multidisciplinary study, set to begin this spring, has brought together a team of professionals from psychiatry, chemical neurobiology, and neuroimaging under the same roof, who are collaborating to study psychedelics at the “molecular, cellular and systems” levels. Leading the effort is Dr. Jerrold F. Rosenbaum, while research in the area of chemical neurobiology will be headed by Dr. Stephen J. Haggarty.

Starting his career in psychopharmacology, Dr. Rosenbaum was an early adopter of drug-infusion mental health treatment modalities in an era when psychoanalysis was the most acceptable form of therapy. His research has been centred around treatment-resistant depression, in other words patients who do not show improvement in their mental health despite therapy.

“I was considered a bit of a rebel. Maybe I’m a rebel again,” he says, referring to his new role.

Rosenbaum shares that he was inspired by Dr. Robin Carhart-Harris’ neuroimaging findings concerning psychedelics’ effects on the default mode network. Dr. Carhart-Harris is the Director of the Centre for Psychedelic Research at Imperial College London.

“I thought this should be something we could study with psilocybin and rumination,” Dr. Rosebaum says. At that point, he tells Truffle, he wasn’t a “psychedelic person” yet. Calling himself a “conservative and straight arrow,” Dr. Rosenbaum shared that his closest experience with mushrooms were the varieties that “you cook with.” Now, he has his own team working to explore the functionality of magic mushrooms and MDMA.

“We’re still at the beginning of understanding all the things that these drugs [psychedelics] do, that they allow a person to go from one state which they’ve been in for a long time to suddenly a new state,” Dr. Rosenbaum says. “And for that, to be relatively enduring, we can change state with TMS [transcranial magnetic stimulation],” he adds.

Psychedelic drugs bring a rapid change in the state of the brain and impact neuroplasticity, which, Dr. Rosenbaum remarks, is unique.

“I guess one of the questions is: Is it the result of neuroplastic changes? Because if so, then the neurons are budding and sprouting and connecting, and maybe newborn neurons are emerging,” he says. “But it’s hard to connect that with changes that happen within a day.” He points out that there are still many unknown factors left to be examined about the administration of psychedelic drugs.

The Center for the Neuroscience of Psychedelics is receiving its supply of medical-grade psilocybin from Compass Pathways. The co-founder of Compass Pathways, Ekaternia Malievskaia, is also an advisor.

Michael Pollan, the best-selling author of How to Change Your Mind; Rick Doblin, founder of MAPS; and Carhart-Harris himself are other renowned names in the field which can be found on the Centre’s advisory board.

The researchers are looking at a minimum of between two and three years of work before they see results. Dr. Rosenbaum, meanwhile, has hopes for another study on veteran PTSD. “We have another study we want to do and we have to raise $3 million to do it,” he says.

“I was in a conversation with a foundation that expressed interest in veteran PTSD and psychedelics. I thought it’d be a home run to fund this next study which is using self-compassion and mindfulness to accelerate or enhance MDMA-assisted therapy with neuroscience around it,” he says.

Rosenbaum was realistic about the difficulties in raising philanthropic funds. “If philanthropy doesn’t raise money for the discovery process, the only alternative would be the private sector, and it has its pros and cons,” he shares.

For now, the team is focused on the task at hand. “I want this to be successful and enduring and a place that people can continue to do this work throughout their careers. That requires a lot of investment from somewhere. Right? That’s my parting thought,” he concludes.