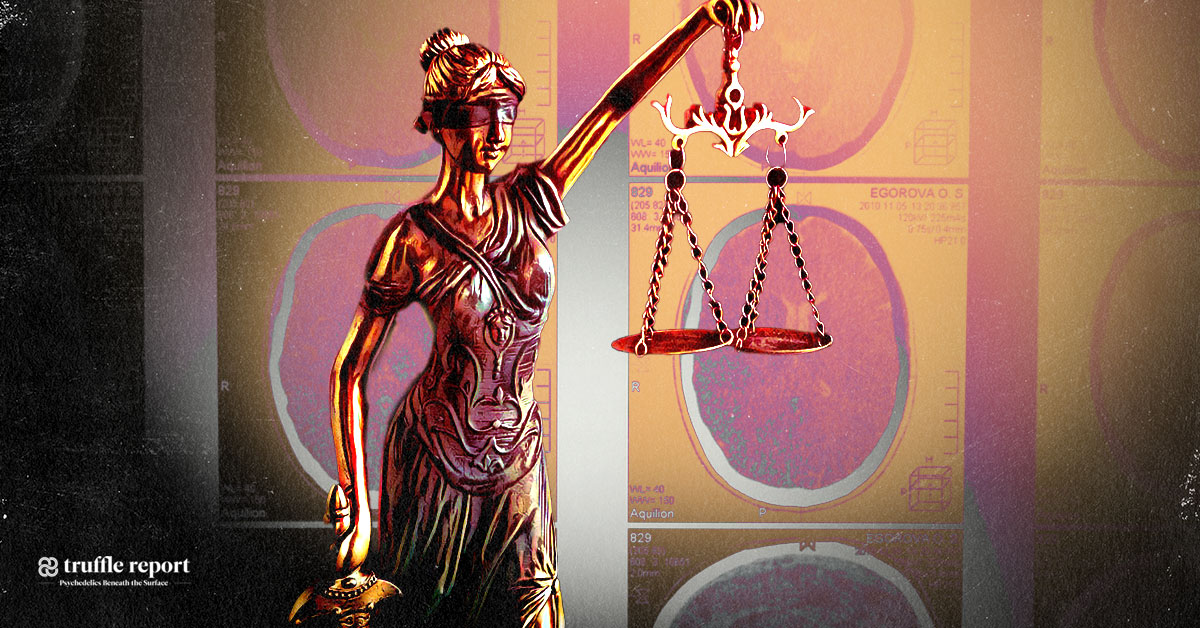 2021 was a big year for the emerging psychedelics industry, and the Truffle Report team predicts 2022 will be even bigger. From significant decriminalization legislation to groundbreaking clinical trials, here’s what to expect across the sector in the next 12 months.

In the last weeks of 2021, there was significant progress in patient access to psychedelics in Canada which indicates the potential for further improvement in 2022. In late December, Health Canada amended its Special Access Program (SAP) to allow qualified healthcare practitioners to request access to restricted drugs, such as psilocybin or MDMA, on a case-by-case basis.

The new regulations will come into effect when the amendment to the SAP is published in the Canada Gazette, which is expected to occur on January 5, 2022. Prior to this, patients seeking these medicines needed to apply to the country’s Health Minister for a Section 56 exemption under the Controlled Drugs and Substances Act — a lengthy and often unequal process.

In the United States, California is the biggest state to watch in 2022. Democratic Senator Scott Wiener’s bill SB 519 proposes making possession of small amounts of psychedelic substances legal for persons aged 21 and over. The bill was paused in the State Assembly on August 26 to allow more time for it to build support through education and lobbying before the 2022 legislative session. Several cities in California have already successfully passed their own decriminalization measures, which is a positive sign for this bill.

Meanwhile, a ballot prepared by Decriminalize California called the California Psilocybin Legalization Initiative might appear on a state ballot on November 8, 2022. It proposes decriminalizing “the cultivation, manufacture, storage, consumption, and retail sale of psilocybin mushrooms, the hallucinogenic chemical compounds contained in them, and edible products and extracts derived from psilocybin mushrooms.” For this measure to appear on the ballot, it needs to receive 623,212 valid signatures before March 15, 2022.

Another state to watch is Colorado. The state’s 2022 ballot may contain two measures aimed at decriminalizing a range of psychedelics, including psilocybin, DMT, mescaline, and ibogaine. Two measures filed in December 2021 outline plans to both decriminalize psychedelics while establishing a therapeutic framework, and to legalize psilocybin and psilocin while improving medical access to these substances.

We also expect to see other municipalities follow in the footsteps of cities such as Port Townsend (Washington), Detroit (Michigan), and Easthampton (Massachusetts) in making the personal possession and use of plant-based psychedelics their jurisdiction’s lowest law enforcement priority.

Groundbreaking Research in the Pipeline

There are several exciting clinical trials in progress that we expect to see results from in 2022. After the success of its pilot trial, published in May 2021, the Multidisciplinary Association for Psychedelic Studies is expanding its MDMA-assisted psychotherapy for post-traumatic stress disorder (PTSD) research to sites in Canada. Based on this research, MAPS expects MDMA to be approved for the treatment of PTSD by late 2023, making this study one to watch.

After promising results from COMPASS Pathways’ psilocybin for treatment-resistant depression Phase 2b trial were released in November, we are excited to see the results of the company’s psilocybin for PTSD Phase 2 study. The trial is evaluating COMPASS Pathways’ psilocybin therapy COMP360’s safety in addition to its efficacy in improving PTSD symptoms, functionality, and quality of life in participants who experienced trauma as adults.

Another company to keep an eye on is MindMed, which is currently carrying out two Phase 2 clinical trials involving LSD in partnership with the University Hospital Basel in Switzerland — one targeting anxiety and the other targeting cluster headaches. The company is also conducting a Phase 2a trial for LSD and anxiety, a trial for ibogaine derivative 18-MC and opioid withdrawal, and a Phase 2a trial on LSD microdosing for adults with attention deficit hyperactivity disorder (ADHD). MindMed’s Phase 2b trial for generalized anxiety disorder has recently had its Investigational New Drug (IND) Designation placed on hold by the Food and Drug Administration (FDA). MindMed also announced on Tuesday that it had completed Phase 1 of its clinical trial for 18-MC, a proprietary ibogaine derivative being developed to treat opioid use disorder. Results are expected in early 2022.

We are also looking forward to Cybin’s four planned in-human clinical trials in 2022, in which the company intends to progress its drug development candidates CYB003 and CYB004 towards potential approval. Data released in 2021 showed the promise of these compounds, particularly CYB003 which has demonstrated significant advantages over oral psilocybin for the treatment of mental health disorders.

As decriminalization movements gain traction, we’ve seen a wave of celebrities and other influential people speak more openly about their experiences with psychedelics. Notably, actor Will Smith described his journey in his recently released memoir ‘Will.’ Eccentric billionaire Elon Musk also made headlines in September 2021 when he told a panel “people should be open to psychedelics.”

Alongside this, developments in the psychedelics space are being widely reported upon, not only by dedicated publications such as Truffle Report but also in mainstream media with increasing frequency, such as The New York Times and The Globe and Mail. As we head into the new year, this coverage will play an important role in educating members of the public outside of this sector about the benefits of psychedelic medicines and reducing stigmas around psychedelic use.

For starters, it is expected this month that Canadian psychedelics research company and MDMA manufacturer PharmAla will go public on the Canadian Securities Exchange (CSE) under the ticker symbol MDMA. This will be one of many new psychedelics-focused companies to become available to investors over the course of 2022.

The post Psychedelics in 2022: What to Expect appeared first on Truffle Report.