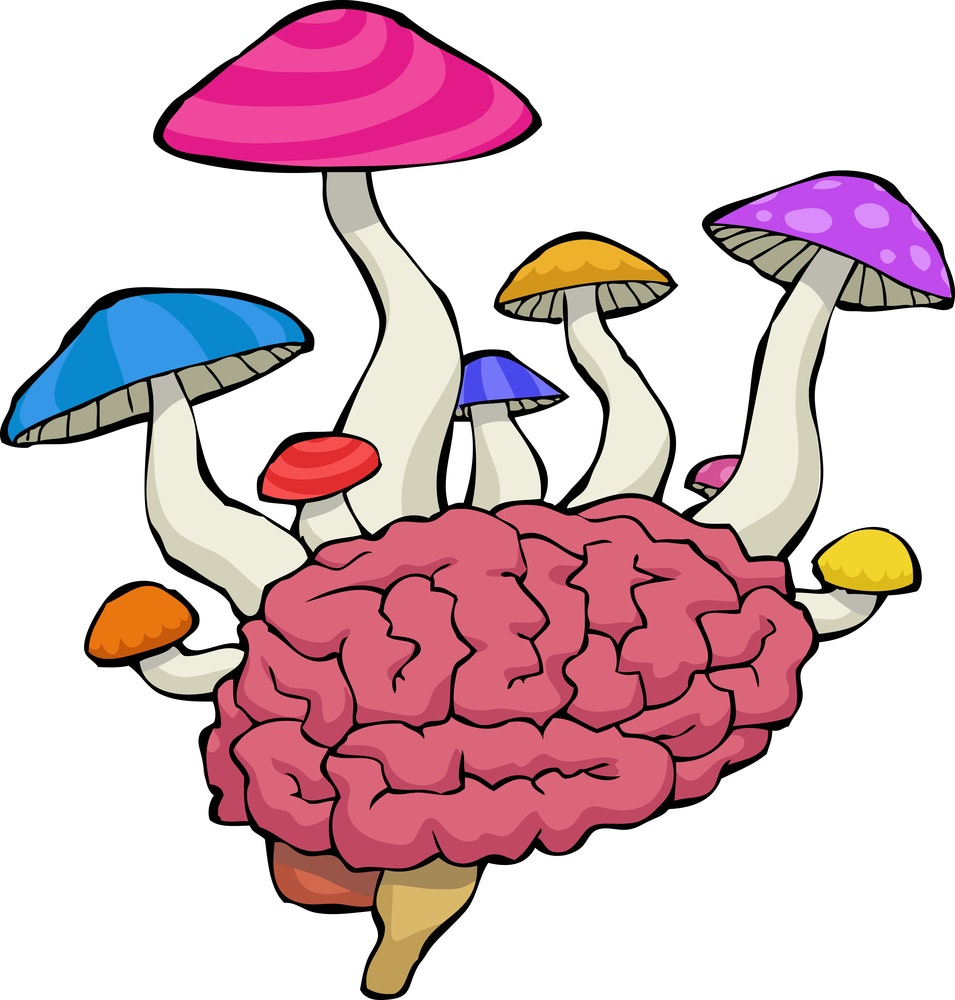 A recent Norwegian study on psychedelic drugs and psychological well-being not only highlighted fewer mental health issues among users of these drugs but also underscored the reinvigoration of scientific research in a field maligned since the moral panic of the 1960s.

Psychedelics are a broad category of drugs that profoundly alter perception. Examples include LSD (Lysergic acid diethylamide), mescaline (found in some cacti), psilocybin (found in some mushrooms), dimethyltryptamine (found in ayahuasca) as well as ketamine and methylenedioxymethamphetamine (MDMA).

Plant-based psychedelics have been integral to healing practices for thousands of years in a number of cultures, including native Americans, the African Bwiti and the Mazatecs.

Western research into the therapeutic potential of psychedelics commenced in the middle of the 20th century, but quickly became conflated with the counter-cultural movement in the United States, Europe and Australasia.

A moral panic ensued, leading to the prohibition of psychedelics and cessation of research. But psychedelic science is now re-emerging as a mature and credible discipline.

In addition to the Norwegian research, a number of other studies have recently demonstrated the powerful positive effects of psychedelics, including personality changes, reduced anxiety and depression associated with end-of-life cancer and long-term relief from post-traumatic stress disorder (PTSD).

Overseas, psychedelic research programs are increasing exponentially and can be found at prominent institutions such as Johns Hopkins School of Medicine, New York University and UCLA.

But there’s a surprising absence of any such activity in Australia.

There’s a general reluctance among Australian researchers to explore the therapeutic potential of psychedelics. This might be partly attributed to the illicit status of the drugs, which, some suggest, has created a bureaucratic impediment to medical progress.

The illegal status of psychedelics is ostensibly based on their potential to cause harm. But these drugs are not addictive and have been consistently ranked by experts as being low risk.

Rather than remaining prohibited because they are harmful, the perception of psychedelics as harmful is maintained in order to justify their prohibition.

An analysis of Australian discourse about psychoactive substance use explains this process in terms of the dominant pathogenic narrative of drugs, which limits discussion to their harm.

Since Australian government funding is directed towards research that seeks to provide evidence of drug-related harm, the pathogenic narrative is self-reinforcing.

Without funding, it’s difficult for researchers to establish programs that seek to examine the positive benefits of banned drugs. And there’s little financial incentive for the private sector to invest in such research as psychedelics are not patentable because they aren’t “novel”, or because they’re derived from natural sources.

The financial incentive to demonstrate drug harm also often leads to bad science. Researchers reporting on the harms of MDMA, for instance, often use the terms MDMA and ecstasy interchangeably.

But there are distinct differences between pharmaceutical-grade MDMA and street ecstasy pills, which usually have a range of chemicals mixed with MDMA, or have no MDMA in them at all.

Observational studies are limited in furthering our understanding of MDMA’s pharmacology because poly-drug use (using many drugs at the same time), and the environments in which they are used, might contribute to many of the observed harms.

When MDMA has been administered in clinical settings, the adverse effects reported in the aforementioned research haven’t been observed.

The recent Norwegian finding that psychedelic use is associated with decreased incidence of mental health problems provides further support for “the safety of clinical research and treatments using psychedelics”.

Why it’s time to get on board

Like many other countries, the Australian community is facing unprecedented levels of psychological disease, notably stress, anxiety and trauma. Their cumulative financial costs have been estimated at around A$28.6 billion.

Mental illness also has a significant social cost, including its impact on families.

Current medical responses are effective in many, but not all, cases. Alternative approaches, including psychedelic therapy, offer hope to many who are resistant to current treatments.

Unlike conventional pharmacotherapies (antidepressants or mood stabilisers) that typically require ongoing and sometimes lifelong administration, the therapeutic use of psychedelics generally involves one or two doses of the drug under the supervision of trained therapists.

Most psychedelics also have large margins for safety, and the duration of their actions and contraindications are largely well understood.

This has clear benefits in terms of cost, safety and tolerability, as well as mitigating the risk of scheduled drugs being diverted into the community. But psychedelic psychotherapy requires the training of therapists in psychedelic treatments, which could take time and resources.

Global research into psychedelic therapy is gathering pace, notably in the United States. A significant player is the Multidisciplinary Association for Psychedelic Studies (MAPS), which is supporting clinical trials of MDMA-assisted psychotherapy for PTSD in the US, Switzerland, Israel, Canada and the United Kingdom. MAPS is very supportive of a similar clinical trial in Australia.

Globally, the re-emergence of psychedelic therapy is still in its early stages. It’s widely acknowledged that clinical research is required to establish the safety and optimise the efficacy of these promising approaches.

Australia has a pressing need to explore a range of options to deal with mounting challenges to mental health and general well-being. We believe that it’s imperative for the country to join the psychedelic renaissance, and initiate well-planned and adequately-funded, formal psychedelic research.

Stephen Bright is vice-president of PRISM, a not-for-profit organisation that facilitates psychedelic research in Australia (http://prism.org.au)

Martin Williams is president of PRISM, a not-for-profit organisation that facilitates psychedelic research in Australia (http://prism.org.au)