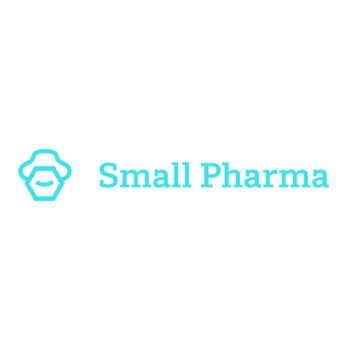 The article Small Pharma On a Roll With Price Surge and Major Milestones was originally published on Microdose.

The psychedelic medicine market has been taking a bit of a beating lately. Stocks are down across the board, part of a downward trend that’s been going on for several months (the PSTK ETF, a handy index for the wider industry, is down over 20% in the last 3 months).

Which is why yesterday’s mini bull-run by Small Pharma was big news.

The UK-based company, listed on the TSX under the very cool ticker “DMT”, has been quietly making some solid waves. And it seems the market is beginning to notice. Focused on DMT research, Small Pharma has been collaborating with leading experts from the Centre for Psychedelic Research at Imperial College London, and has advanced trials underway for DMT with a focus on depression.

The firm’s stock price had been on the decline, something everybody in the sector has been facing as of late. After hitting lows of $0.27 earlier this month, the stock settled in the $0.30-$0.35 range as we waited for the industry to climb out of the pullback — and then suddenly BOOM. Small Pharma shares surged over 50% yesterday, with the stock hitting $0.65 earlier today, almost double its price from just 2 days ago.

This was a jump the market hadn’t seen in a while. The reason? Probably this piece of great news.

Small Pharma has been granted an Innovation Passport Designation for SPL026, their lead product candidate from its pipeline of N,N-dimethyltryptamine (“DMT”) assisted therapies for the treatment of major depressive disorder (“MDD”).

An exciting day for Small Pharma! We have been granted the Innovation Passport fast-track designation by the UK regulator @MHRAgovuk, which could accelerate the approval process for our lead #DMT product, to treat major depressive disorder.

Some highlights from the company’s recent press release:

Dr. Carol Routledge, Chief Medical and Scientific Officer of Small Pharma, said: “Similar to the FDA’s fast-track in the United States, the U.K.’s MHRA Innovation Passport provides us with access to specialist advice throughout the drug development process and has the potential to enable a speedier, more efficient development process for SPL026, the lead candidate in our psychedelic-assisted therapy approach for the treatment of MDD. SPL026 entered clinical trials at the beginning of 2021 and this designation marks an important step forward towards an accelerated drug approval pathway for bringing the benefits of SPL026 to market for patients suffering with MDD.”

This important news follows on the heels of another major announcement: Small Pharma officially began dosing patients for its Phase 2a clinical trial.

The trial for its lead N,N-dimethyltryptamine (DMT) candidate SPL026 is being investigated for possible treatment of Major Depressive Disorder. And take note folks, this isn’t a press release announcing an indication, or the intention to one day start a trial sometime in the future. This is actually dosing patients in a Phase 2 trial. A milestone that puts them ahead of anyone in the DMT field and in elite trial category overall.

With a strong financial position and an advanced trial for a major indication, Small Pharma is doing some serious work.

And the market has taken notice.