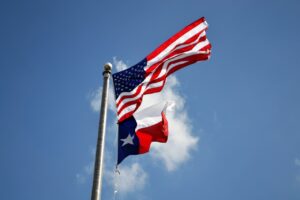 A Texas bill to study the use of therapeutic psychedelics for military veterans passed in the State Senate on Saturday, two weeks after it was approved by the House of Representatives.

The Senate passed bill HB 1802 by a vote of 25-5, bringing it closer to becoming a law. The bill will now move back to the House to approve amendments made by Senators before being presented to Governor Greg Abbott.

The legislation will see the commencement of studies into psilocybin, MDMA, and ketamine for treating military veterans suffering from post-traumatic stress disorder (PTSD). Under this law, the Health and Human Services Commission, in collaboration with Baylor College of Medicine and the Veterans Affairs Medical Centre, will carry out the clinical study on the therapeutic efficacy of psilocybin therapy in the treatment of PTSD in veterans.

The Senate passed an amendment related to the budget, ensuring the studies will only be commenced when funding is allocated.

The Health and Human Services Commission will be conducting a scientific review to evaluate the therapeutic efficacy of other psychedelics and ensure access by veterans in the U.S., and will submit quarterly reports with new findings. A full report will be submitted by December 2024.

The State Senate also approved a bill to lower criminal penalties on possessing marijuana concentrates on Saturday. Like the psychedelics bill, it will also circle back to the House for final approvals on amendments.

Last week, California’s psychedelic decriminalization bill passed a key hurdle, and is now ready to be presented for a full vote on that state’s Senate floor.