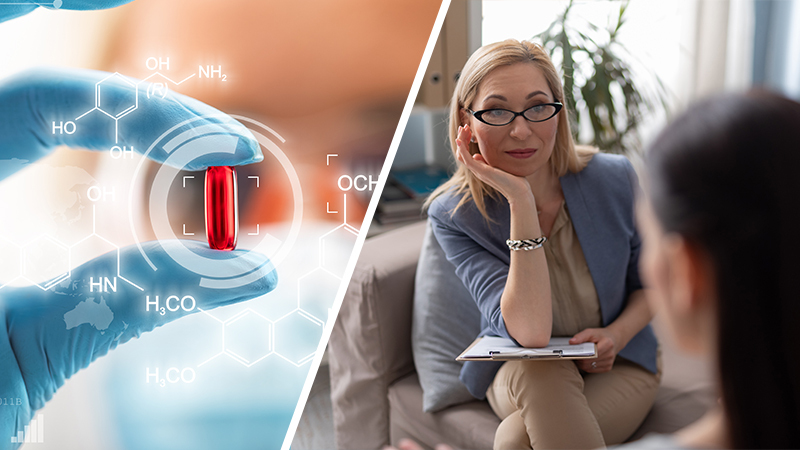 Psychedelic drugs have the potential to become an effective treatment for crippling mental health conditions such as depression. Here are five of the top drug developers leading their particular niches in the emerging field of psychedelic medicines. For decades, research into the therapeutic properties of psychedelic drugs was almost snuffed out as recreational use of the substances was banned in the U.S. and Europe. In recent years, however, an emerging industry is now coalescing around the potential of hallucinogenic compounds such as lysergic acid diethylamide (LSD), psilocybin and 3,4-methyl​enedioxy​methamphetamine (MDMA) to treat mental health conditions such as depression and post-traumatic stress disorder (PTSD). The global market is expected to grow from around $5 billion in 2020 to more than $10 billion by 2027. While there are already a number of approved approaches to treating depression, many only last a short time, cause side effects, and can’t help all patients. Psychedelic drugs are increasingly seen as a potential long-lasting alternative for patients that are left behind by existing approaches. The post The top psychedelic drug developers leading the market appeared first on Labiotech.eu. © Labiotech UG and Labiotech.eu. Unauthorized use and/or duplication of this material without express and written permission from this site’s author and/or owner is strictly prohibited. Excerpts and links may be used, provided that full and clear credit is given to Labiotech UG and Labiotech.eu with appropriate and specific direction to the original content. psilocybin mdma methylenedioxymethamphetamine lsd lysergic acid psychedelic depression ptsd hallucinogenic research