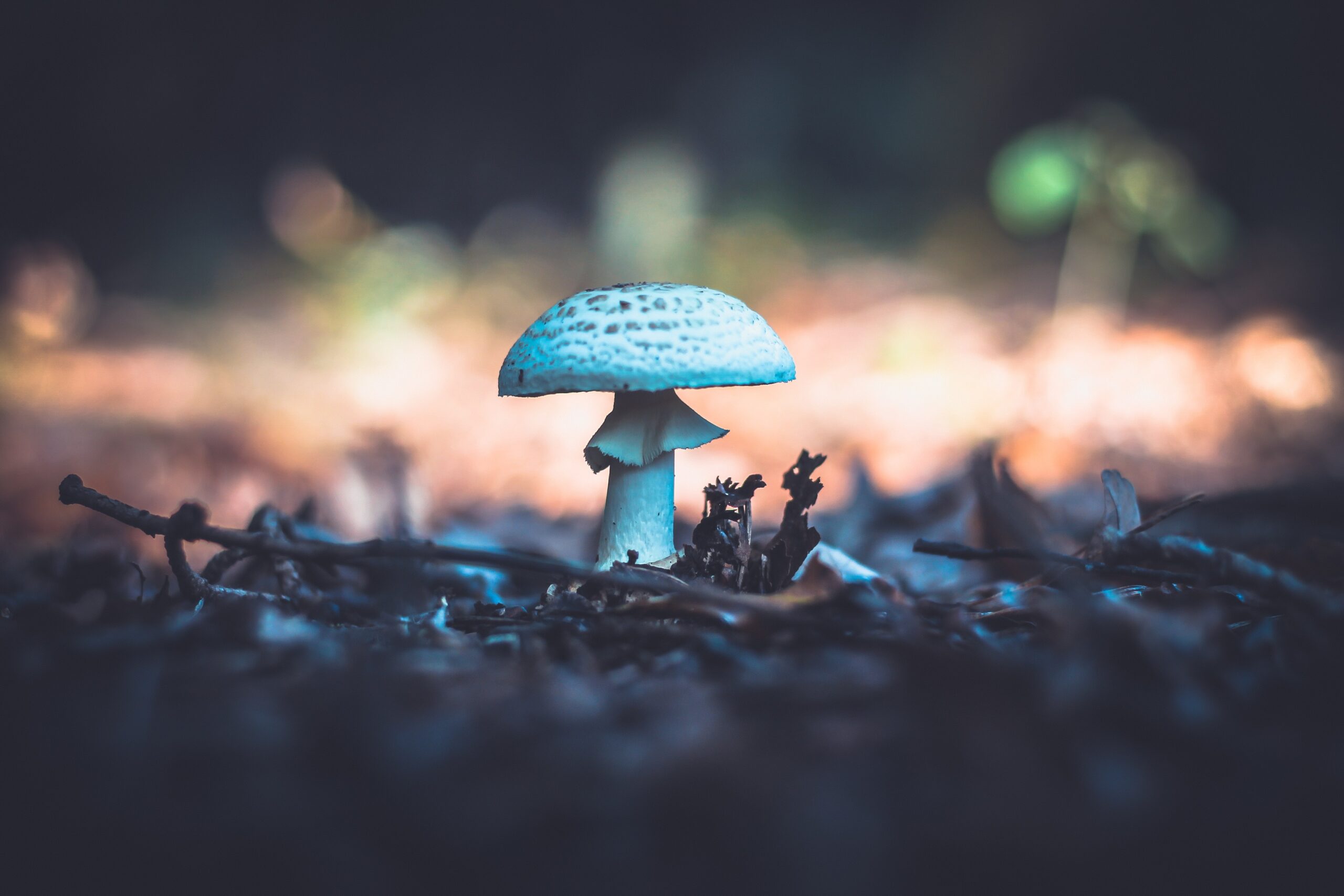 Psychedelics could offer help for millions suffering from depression. In fact, according to the Washington Examiner, researchers from The Center for Psychedelic and Consciousness Research at Johns Hopkins University, published research on psilocybin and major depressive disorder. Of the 24 patients who suffered from the disease and went through the treatment, 17 experienced declines in their depression after a month. And of those 17, 14 no longer experienced depression.” Those findings could be beneficial for psychedelic companies, such as MYND Life Sciences Inc. (CSE:MYND), Field Trip Health Ltd. (CSE:FTRP)(OTC:FTRPF), Wesana Health Holdings (CSE:WESA)(OTC:DBDID), Revive Therapeutics Ltd. (CSE:RVV)(OTC:RVVTF), and Mind Cure Health (CSE:MCUR)(OTC:MCURF).

In addition, as also noted by the Washington Examiner, Matthew Johnson, a professor of psychiatry and behavioral sciences at the Hopkins center, has said, “Psilocybin works by activating the serotonin 2a receptors in the brain, receptors that are linked to mental illness.” That being the case, it may only be a matter of time before psychedelics become a go-to treatment for millions suffering with some sort of mental issues.

MYND Life Science Inc., also just announced the formation of its scientific advisory board. The SAB is comprised of international industry experts and pioneers in the fields of neuropsychopharmacology, genetics, immunology, psychedelics, medical research, and clinical trials. “We are incredibly excited about the roster of advisors we have been able to attract to MYND’s scientific advisory board,” stated Dr. Lyle Oberg, MYND’s Chief Executive Officer. “We have continued to believe that the science and patents being advanced and refined by MYND’s Dr. Wilfred Jefferies and his team could attract the most pre-eminent and distinguished minds in science from across the globe, and the advisory board we have assembled thus far serves to validate our enthusiasm,” continued Dr. Oberg.

Members of the strategic advisory board include:

- Dr. Michael Brownstein has over 40 years of research experience in the fields of genetics, endocrinology, and pharmacology. He earned his bachelor’s degree from Columbia University; completed his graduate training at University of Chicago, where he earned an M.D. and Ph.D. in pharmacology; and received his clinical training at the Boston Children’s Hospital. He then moved to the National Institutes of Health to work with Julius Axelrod, recipient of a Nobel Prize in 1970 for his studies in the field of neuropharmacology, and remained at NIH after completing his fellowship. Dr. Brownstein served at the NIH as Chief of the Laboratory of Genetics of the National Institute of Mental Health and the National Human Genome Research Institute; and for two years as the Scientific Director of the NIMH Intramural Research Program

- Mark A. Geyer, Ph.D., is Distinguished Professor of Psychiatry and Neurosciences Emeritus at the University of California San Diego (UCSD) and directs the Neuropsychopharmacology Unit of the Veterans Administration Mental Illness Research, Clinical, and Education Center. At UCSD, he is a founding member of the Consortium for Translational Research in Neuropsychopharmacology (CTRIN) and Translational Research in Psychophysiology, Exploration, and Cognition (TRIPEC) groups. In 1993, he co-founded the Heffter Research Institute, which pioneered and supported much of the scientific research that has prompted the exploration of psychedelics as potential therapeutics in humans. He has recently co-founded the Psychedelics and Health Research Initiative at UCSD, which is exploring the efficacy of psychedelics in the treatment of pain disorders.

- Joseph Boyd Martin, M.D., Ph.D., Edward R. and Anne G. Lefler Professor of Neurobiology Emeritus, served as Dean of the Harvard Faculty of Medicine from 1997 to 2007. Born in Bassano, Alberta, Canada in 1938, Dr. Martin received his premedical and medical education at the University of Alberta, Edmonton, earning the M.D. degree in 1962. He completed a residency in neurology in 1966 and fellowship in neuropathology in 1967 at Case Western Reserve University in Cleveland, Ohio, and received his Ph.D. in anatomy from the University of Rochester in 1971. Dr. Martin began his career in academic medicine at McGill University in Montreal, where he eventually became Chair of the Department of Neurology and Neurosurgery in 1977. In 1978, he joined the faculty of Harvard Medical School in Boston as the Bullard Professor of Neurology and Chief of the Neurology service at the Massachusetts General Hospital. In 1984, he was appointed the Julieanne Dorn Professor of Neurology at Harvard. Dr. Martin's research focused on hypothalamic regulation of pituitary hormone secretions and on application of neurochemical and molecular genetics to better understand the causes of neurological and neurodegenerative disease.

- Dr. John Trowsdale is an Emeritus Professor of Immunology in the University of Cambridge UK. After postdoctoral work in Paris, at Scripps in California, and in Oxford, he moved to Cancer Research UK in London. In the early 1980’s Trowsdale was one of the first to clone HLA genes and to study their impact on susceptibility to infection, autoimmunity and cancer. Trowsdale has made other contributions to the field of immunogenetics, in particular identifying components of antigen processing such as TAP transporters, the immunoproteasome and the tapasin-related TAPBPR. More recently the group developed novel, high-throughput methods for typing polymorphic receptors on Natural Killer Cells and uncovered their roles in regulating inflammation. In 2002 he received the ASHI Rose Payne distinguished scientist award. He received the Ceppellini Award at the Annual Conference of EFI in Sofia 2004 and delivered the Festenstein Lecture at the BSHI meeting in Liverpool in 2012. He was elected a Fellow of the Academy of Medical Sciences in 2000 and a Fellow of Trinity Hall Cambridge in 2009. John’s interest in MYND is in further development of modulation of cell behaviour through cell surface receptors.

“We have established a very accomplished and diverse group of international experts that will undoubtably help advance MYND’s research and ultimately provide novel solutions to Major Depressive Disorder and other neurological diseases,” stated Dr. Wilfred Jefferies, MYND’s Chief Science Officer. “As a scientist and a researcher, it is of great advantage to have such a World-Class group of Scientists to contribute to our research and development,” continued Dr. Jefferies.

Other related developments from around the markets include:

Field Trip Health Ltd., a leader in the development and delivery of psychedelic therapies, is pleased to announce that it has received conditional approval to list its common shares and warrants on the Toronto Stock Exchange. The listing is subject to the company fulfilling certain requirements of the TSX in accordance with the terms of its conditional approval letter dated May 26, 2021. Field Trip is actively working to satisfy the requirements and conditions that were highlighted in the approval letter and management is confident that all conditions for listing will be met in the coming weeks. Upon obtaining final approval, the Company will issue an additional press release to inform shareholders when it anticipates that its common shares will commence trading on the TSX.

Wesana Health Holdings announced that its shares have commenced trading on the Canadian Securities Exchange, as Monday, May 10, 2021 under the ticker symbol “WESA.” “Following the completion of our go public transaction, we’re thrilled to embark on this journey as a public company listing on the CSE. As a CSE listed company, we will be able to increase engagement with our shareholders and the investment community as we continue to execute on our mission to develop alternative treatment solutions for traumatic brain injury,” said Daniel Carcillo, CEO of Wesana Health.

Revive Therapeutics Ltd., a specialty life sciences company focused on the research and development of therapeutics for medical needs and rare disorders, is pleased to announce it has entered into a feasibility agreement with LTS Lohmann Therapie-Systeme AG, a leader in pharmaceutical oral thin films, to develop and manufacture a proprietary oral psilocybin thin film strip for the Company’s clinical and commercial initiatives to evaluate in mental illness, neurological and substance abuse disorders.

Legal Disclaimer / Except for the historical information presented herein, matters discussed in this article contains forward-looking statements that are subject to certain risks and uncertainties that could cause actual results to differ materially from any future results, performance or achievements expressed or implied by such statements. Winning Media is not registered with any financial or securities regulatory authority and does not provide nor claims to provide investment advice or recommendations to readers of this release. For making specific investment decisions, readers should seek their own advice. Winning Media is only compensated for its services in the form of cash-based compensation. Pursuant to an agreement Winning Media has been paid three thousand five hundred dollars for advertising and marketing services for MYND Life Sciences Inc. by MYND Life Sciences Inc. We own ZERO shares of MYND Life Sciences Inc. Please click here for full disclaimer.