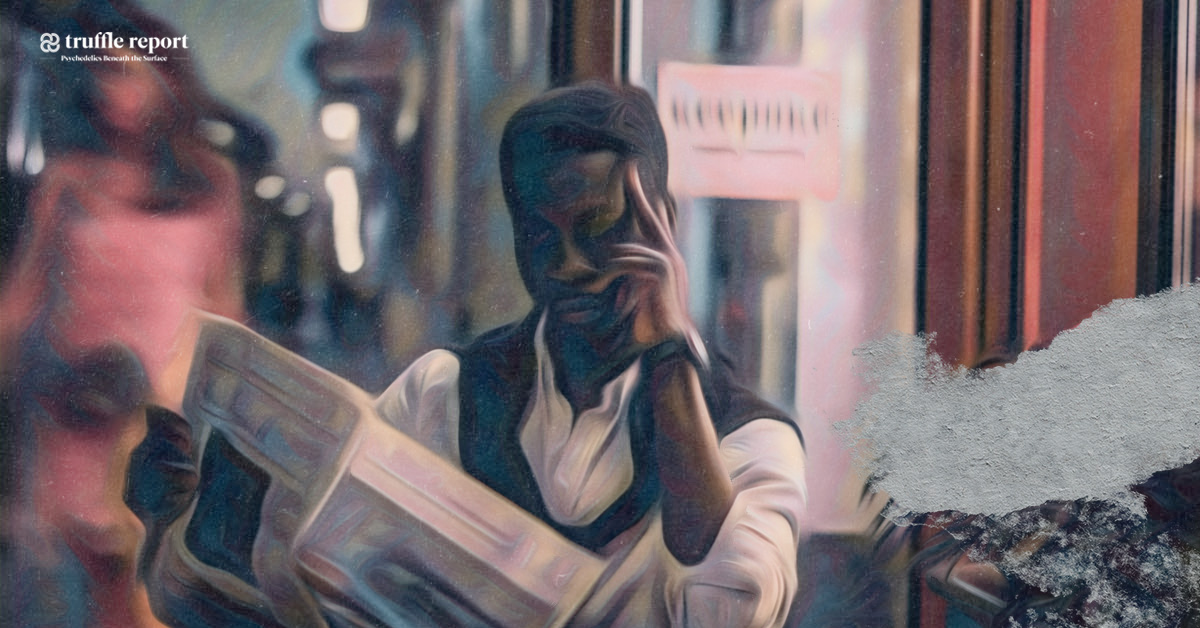 Truffle Report has compiled a roundup of major psychedelic business news stories from the week of January 17-21, making it easier for you to access these insights in one place.

Numinus Wellness Inc. announced on Wednesday that it has completed major preparations for the clinical enrollment of patients in the MAPS-sponsored multi-site open-label extension study of MDMA-assisted psychotherapy for PTSD.

The Canadian sites for this study will be hosted by Numinus, and have received regulatory authorization including Section 56 exemptions from the Controlled Drugs and Substances Act.

“We are thrilled that our talented team of doctors and researchers at Numinus are helping pave the path forward to greater access to safe psychedelic-assisted psychotherapy with this study further evaluating the safety of MDMA-assisted therapy in treating severe PTSD,” says Payton Nyquvest, Founder and CEO, Numinus. “This is an exciting next step in the MAPPUSX study, happening at our clinics in both British Columbia and Quebec, and we look forward to how this work supports expanded collaboration with MAPS in the future.”

On Monday, Filament Health announced an agreement with Cybin Therapeutics to license its botanical psilocybin drug candidate, PEX010 for use in two approaching Phase II clinical trials designed to address depression and alcohol use disorder. Two additional trials are planned for 2022.

“This agreement with Cybin Therapeutics demonstrates Filament’s ability to license our technology and facilitate our partners’ trials,” said Filament Chief Executive Officer, Benjamin Lightburn. “Our mission is to support the treatment of mental health conditions through the discovery and delivery of exclusively-natural psychedelic medicines, and we are proud to aid CT’s efforts. We view this as the first of many agreements in a long partnership.”

Any entity wishing to sell, import, export, or manufacture controlled substances in Canada must be licensed by federal health authorities.

“Psygen’s dealer’s licence is a major milestone that opens the doors to commercial production of GMP psilocybin and other psychedelics at our facility. Our dealer’s licence was issued following a perfect inspection, meaning we had zero observations from the inspector, which is indicative of the diligence and skill that Psygen brings to our work,” said Danny Motyka, CEO of Psygen.

The process involves the administration of a dissolved psilocybin solution to the skin, which provides a natural time-release effect for dose and session duration management.

Optimi’s Chief Science Office Justin Kirkland explains, “The most novel part of this process is that we are performing two very different functions with a single unique component. This component works much like the attraction and repulsion properties of a magnet with a North and South end. We leverage this energy to perform two functions. First, the attraction energy will extract psilocybin out of the mushroom. Second, when this same material is applied to the skin, it will advance the drug through the skin and into the bloodstream.”