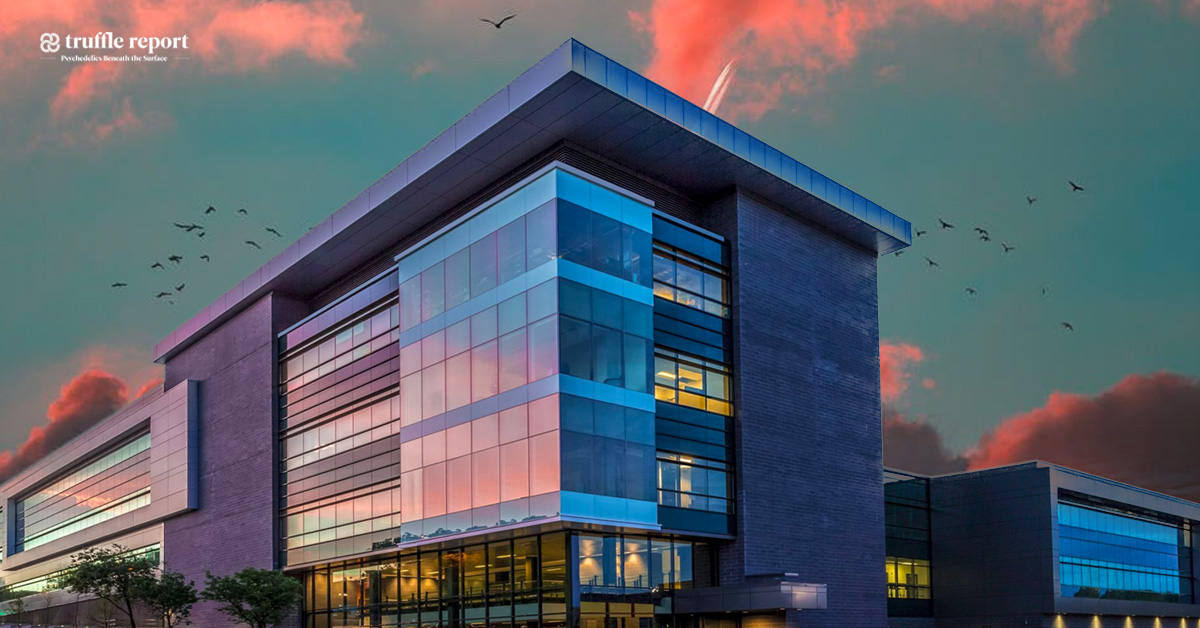 In the fall of 2022, the University of Ottawa psychedelics microprogram will be expanded to a master’s program in psychedelics and consciousness studies, which will encompass courses ranging from psychedelic psychotherapy and mental health to spirituality and shamanic traditions associated with psychedelic drugs and plants, more formally referred to as entheogens.

After successfully launching the microprogram in Psychedelics and Spirituality Studies — first offered in 2020 — Dr. Anne Vallely tells Truffle Report that the new master’s program is an expansion of the existing course, which will be housed in the School of Psychology.

The current University of Ottawa psychedelics microprogram is taught by Vallely and Dr. Monnica Williams, who launched the microprogram in the Religious Studies Department during the pandemic. The certificate course — open to anyone with a four-year Bachelor’s degree — was well-received by the students, inspiring founders to delve into a broader range of subjects including psychedelic-assisted treatments and facilitation, as these continue to be recognized as a profession across North America.

With a strong background in religious studies, Vallely brings her knowledge in death, dying and grief to the study of psychedelics and mysticism. Recent studies by Johns Hopkins University have shown strong potential in psychedelics to treat end-of-life distress through mystical experiences. Williams, meanwhile, specializes in mental health disparities, working to improve the equity and accessibility of psychedelic treatments. Her recent research work focuses on racial trauma and the potential benefits of psychedelics.

“I think it’s important that we’re well educated about psychedelics as it’s emerging. So, we started a certificate program,” Williams told Truffle in a previous interview. “We’re also starting a master’s program which is going to focus on mental health clinicians, both healthcare professionals like doctors and psychologists, and also for clergy.”

Williams added that the pastors, and also people who want to do traditional indigenous healing with psychedelics, can enroll in the University of Ottawa psychedelics program. “We want to have a training program for people who want to develop competencies in those areas so that they can work in an informed, ethical, and safe way.”

“A big piece of the training that we provide is around cultural issues around working across race and ethnicity and other dimensions of stigma. I think it’s going to be a problem if clinicians aren’t well-trained to work with different populations if they want to do psychedelics,” William emphasizes.

The first cohort of the master’s program will be conservative, with only 20 students to be enrolled. The nine credits from the microprogram, however, will be stackable with the new master’s program.

“There’s a lovely dovetailing between the two. If students decide they want to go on and get a master’s [after the microprogram], they’ll already have nine credits towards that,” says Vallely.

There’s a strong emphasis on attracting individuals not only from psychotherapy and clinical backgrounds, but also from backgrounds including chaplaincy and theology who are actively engaged in palliative care.

“I think we need to have people who are trained in comparative mysticism who can know what this [psychedelic mystical experience] is,” says Vallely. “It’s often what we would call the ‘bad trip.’”

She adds, “I don’t like that language. It’s very common in religious studies, we’re familiar with this. Clinicians are hoping for a blissful experience that can alleviate our opiate addictions and our depression, but sometimes the dark experiences end up being positive. Drawing upon the religious studies, the wisdom tradition of the different cultures is really important.”

For fieldwork, Vallely adds that students enrolled the University of Ottawa psychedelics master’s program will be contributing at least 100 hours of work with indigenous communities and learning about traditional practices, as well as the implementation of traditional medicines used in the process of healing.

Vallely shared that the school is also in talks with communities and institutions such as Santo Diame churches that are exempted under Section 56 of the Controlled Drugs and Substances Act (CDSA) to use ayahuasca brew for religious purposes.

“We’d like to open it up and the practicum could also be with indigenous healers. We have a relationship with the church in Montreal and Dr. [Jessica] Rochester is very open to this,” she tells Truffle Report.

The program is also working to collaborate with Saint Paul University in Ottawa — known for its theology courses — to teach theology; and counselling and spirituality, Vallely tells Truffle.

“We’re hoping to attract clergy who would, when these therapies come out, help people integrate psychedelics. St. Paul’s is creating a course about theological reflections on psychedelic experiences,” she said.

Moreover, there will be faculty from indigenous backgrounds engaging with students to talk about ethical and political issues surrounding substances like ayahuasca. Vallely shared that Jonathan Flores from Ecuador is likely to teach the class on indigenous healing.

Working Within the Legal Framework

While the program is fairly vast and focuses on the much-needed focus on indigenous knowledge as well as an understanding of sacred plant medicines, the students of the University of Ottawa psychedelics master’s program will not be allowed to interact with substances outside the legal framework.

Vallely tells Truffle that the school has been in discussion with Health Canada on many occasions about the upcoming program which shows “they’re interested” in learning more about the psychedelic boom.

Psychedelics are currently regulated as Schedule III substances under the Canadian CDSA, only allowed to access when exempted by the federal Health Minister on a case-to-case basis through Section 56 exemptions.

The students will, however, be allowed to observe communities using psychedelic substances, like Santo Daime churches.

“Anybody who’s participating in our program obviously has to work within legality,” Vallely emphasizes.

The program will produce a range of professionals who can either choose to be in spiritual care, psychedelic-assisted therapy services in a clinical setting, or pursue higher education in their field to become psychotherapists upon graduation.