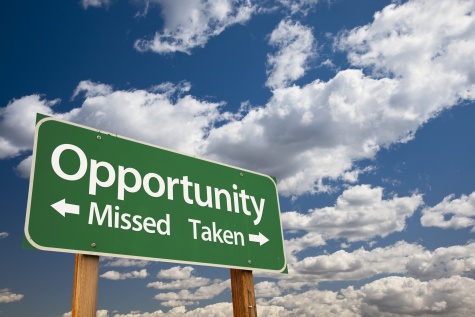 Truffle Report has compiled a roundup of major psychedelic business and investment news from June 21-25 making it easier for you to access these insights in one place.

On June 23, COMPASS Pathways became a Founding Supporter of the British Neuroscience Association’s (BNA) Inaugural Scholars Programme, which aims to support students from under-represented ethnic groups to thrive in neuroscience, and build a supportive community through networking opportunities, bursaries and mentorship.

On June 23, MindMed announced the addition of Dr. Maurizio Fava, a world-leading expert in psychiatry and psychiatric clinical trials from Massachusetts General Hospital and Harvard Medical School to the company’s Scientific Advisory Board.

On June 22, Cybin Inc. announced the completion of its 51st pre-clinical study as it continues to progress its proprietary psychedelic molecules into Investigational New Drug-enabling studies.

The Cybin Research and Development team has completed its 51st in-vitro and in-vivo evaluation of Cybin’s growing number of psychedelic compounds being designed for potential therapeutic applications for a number of mental health objectives.  To date, more than 50 novel compounds have been evaluated through collaborations with experienced Contract Research Organizations for pharmacokinetic properties, metabolic stability, receptor binding, and safety in order to identify preferred candidates for further development.

On June 24, Cybin Inc. announced the addition of Dr. Thomas Laughren, to the Clinical Advisory Board. Dr. Thomas Laughren formerly served as the Director for the Division of Psychiatry Products, Center for Drug Evaluation and Research at the FDA where he served for 29 years.

On June 24, Field Trip Health Ltd. reported its fiscal year end results for the three and twelve months ended March 31, 2021. All results are reported under International Financial Reporting Standards and in Canadian dollars, unless otherwise specified.

On June 24, Numinus Wellness Inc. announced that its subsidiary Numinus Bioscience Inc. has filed a provisional patent application with the United States Patent and Trademark Office for a process that dramatically increases the production of therapeutics for use in psychedelic-assisted psychotherapy.

On June 23, Novamind Inc. announced the appointment of Dr. Paul Thielking as Chief Scientific Officer and Principal Investigator of Novamind.

In his new role, Dr. Thielking will oversee all aspects of the company’s investigator-led studies, originating within Novamind’s best-in-class research sites, and leveraging its contract research organization expertise to pursue additional clinical trial mandates from leading psychedelic drug developers. He will also lead the development of Novamind’s psychedelic therapy protocols for conditions including cancer-related depression and end-of-life anxiety, available as treatments for clients and educational programs for clinicians.

On June 24, Wesana Health Holdings Inc. announced a partnership with the University of South Carolina to develop and build a bespoke facility for advanced research and product development related to treating traumatic brain injury (TBI) and improving neurological performance.

On June 23, Awakn Life Sciences Corp. announced it would begin trading on the NEO Exchange under the symbol “AWKN”.

“Listing on the NEO is an important milestone for Awakn to continue to build on our dual strategic focus of developing psychedelic drugs, therapies, and enabling technologies to treat Addiction, and delivering psychedelic treatments for Addiction in our clinics,” said Awakn CEO, Anthony Tennyson. “The NEO listing will enable us to accelerate the execution of our drug discovery, therapy development, advanced analytics, and open clinic roll out programs.”

On June 24, Silo Wellness Inc. announced the launch of Marley One, the first global functional and psychedelic mushroom consumer brand, in collaboration with the family of legendary musician Bob Marley. The initial product offering will include a range of functional mushroom tinctures with unique blends highlighting the brand’s connection to Jamaica, including species such as cordyceps, lion’s mane, chaga, reishi and turkey tail that offer a range of unique health and wellness benefits, from immunity and gut health to cognitive function and sleep enhancement. The company intends to launch a psychedelic mushroom product line under the Marley name later this year, to be followed by additional functional mushroom products including gummies, capsules and cosmetics.