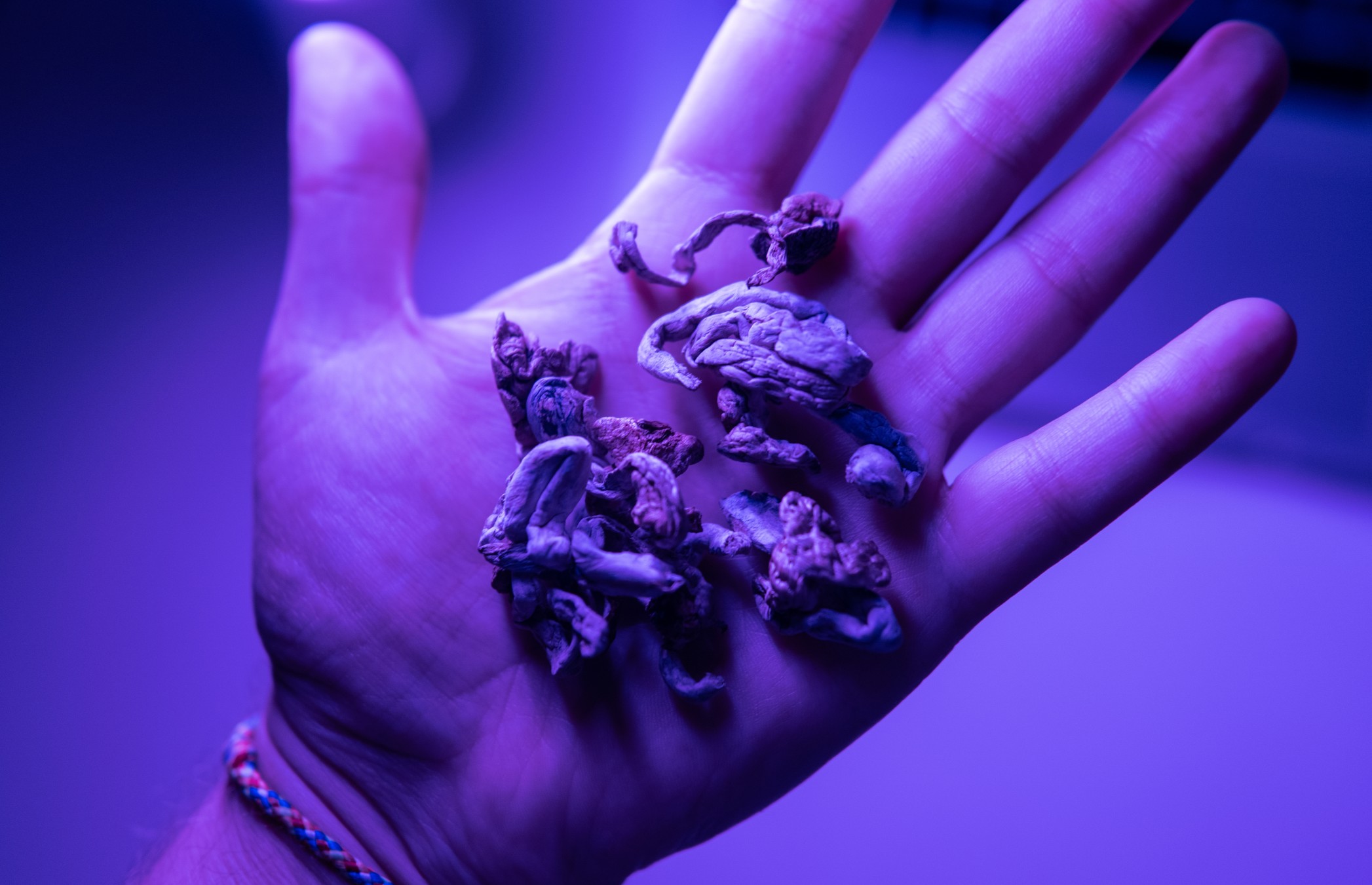 The post What are Magic Mushrooms? Exploring the Science & Secrets of Psilocybin appeared first on Microdose.

While various psychedelic compounds are rapidly gaining attention today, one among them has truly stood out throughout this modern renaissance. Psilocybin, the active ingredient in “magic mushrooms”, has become something of a rockstar of the psychedelic movement. In ancient times, historical records show that the indigenous peoples looked to the mushroom as a sacrament for attaining healing, transcendence, and, for some, even communicating with the spirit realm. However, due to misguided, if not downright discriminatory, drug policies, psychedelic drugs, and the research into them were abruptly halted when the “War on Drugs” commenced over fifty years ago. Today, thanks to groundbreaking psychedelic science coming out of the world’s leading research institutions, magic mushrooms are finally getting the mainstream attention they deserve.

Psilocybin, commonly referred to as “magic mushrooms”, is a hallucinogen in the tryptamine family of psychedelic drugs. Mushrooms containing psilocybin are most commonly found in Europe, North, and South America, and can grow with ease in various environments. The compound can also be produced synthetically, as is the focus of various psychedelic firms today, such as Compass Pathways and Psygen Labs. While the 1971 UN Convention on Psychotropic Substances still considers psilocybin to be a schedule one drug with no accepted medical value, researchers around the world are rapidly proving otherwise. The earliest recorded use of psilocybin mushrooms dates back to the 16th century and continues to this day.

In addition to thousands of years of recorded use by humans, the safety profile of psilocybin has been firmly established in clinical literature as well. A 2018 scientific review exploring the safety and efficacy of various serotonergic psychedelics found psilocybin to be safe in the treatment of various conditions, including addiction and treatment-resistant depression. There is currently no known dose of psilocybin that can cause a fatal overdose. Another study investigating the use of psilocybin for obsessive-compulsive disorder (OCD) also found it to be well-tolerated. As research continues to unravel the mysteries of this compound, more will be learned about its safety profile. It is also worth noting here that despite the current classification of psilocybin as a schedule 1 drug, studies have shown that psilocybin is not addictive in the way other drugs of abuse are.

What do Magic Mushrooms Feel Like? Exploring Psilocybin’s Effects

Psilocybin is a psychedelic drug that produces hallucinations, also called visuals, as well as feelings of euphoria, connectedness, empathy, and oneness. Studies from the Imperial College of London, NYU, and Johns Hopkins have demonstrated the ability of psilocybin to effectively treat end-of-life anxiety and treatment-resistant depression. The effects can last anywhere from 6-8 hours and the intensity of the effects are directly correlated with the dose consumed. Magic mushrooms that contain psilocybin are most often consumed dry, made into a tea, or produced synthetically in a laboratory. The renowned chemist Albert Hofmann once made synthetic psilocybin pills and gave them to the curandero Maria Sabina, who stated that the “pills contain the mushroom spirit”, a powerful testament to the therapeutic potential of psilocybin in both its natural and synthetic forms. Low doses of mushrooms have been shown to reduce visual hallucinations while higher doses are associated with ego death and the mystical experience.

How Does Psilocybin Work in the Body?

Psilocybin itself is a prodrug for the active metabolite psilocin, which is structurally similar to psilocybin, but even more potent in its activity. One 2017 peer-reviewed study published in Drug Metabolism Review stated that” psilocybin is primarily a prodrug that is dephosphorylated by alkaline phosphatase to active metabolite psilocin…[it] is then further metabolized, psilocin-O-glucuronide being the main urinary metabolite with clinical and forensic relevance in diagnosis”. Psilocybin mainly acts on the serotonin system with the 5HTt2a receptor being its primary target in the brain. There is also activity at the 5HT1A, 5HT1D, and 5-HT2C receptors as well. The serotonin system is known to be responsible for everything from appetite to sleep, sex, mood, and more. As such, psilocybin is known to affect all of these systems, making it a potentially versatile therapeutic for a variety of conditions. Also worth noting is the fact that psilocybin, unlike SSRIs, increased amygdala activity, which is the part of the brain responsible for processing fear and negative emotions. Since psilocybin is effective in the treatment of depression compared to traditional SSRIs. This suggests that patients possibly confront their negative emotions instead of avoiding them based on the brain activity in patients consuming psilocybin in recent studies.

Closing Thoughts on Psilocybin & Its Role in the Modern Psychedelic Renaissance

Psilocybin is turning out to be one of the most important and impactful psychedelic molecules in this Modern Renaissance. From its ability to radically treat difficult conditions like treatment-resistant depression and addiction, to the growing body of evidence supporting the practice of microdosing psilocybin for myriad therapeutic benefits, psilocybin is rapidly gaining popularity across the world. As new psychedelic companies work with both natural and synthetic psilocybin, the industry as a whole is opening new frontiers in psychedelia thanks to this novel compound. States across America are decriminalizing psychedelics with Oregon going so far as to legalize it with measure 109 for mental illness treatment. As the “shroom boom” continues to evolve and gain widespread popularity, the future is certainly expected to be brighter and healthier for the world because of it.