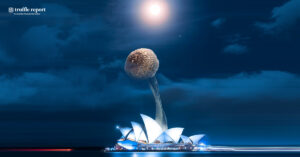 In recent years, there has been significant progress in North America regarding improved access to psychedelics for research purposes and even the decriminalization or legalization of these substances for medical or personal use.

But what about other parts of the world?

In Australia, the mental health charity Mind Medicine Australia (MMA) has been a driving force behind the push to legalize psychedelics for medical use in the country.

The organization believes that psychedelic-assisted psychotherapies should be available to patients suffering from mental health conditions such as treatment-resistant depression and post-traumatic stress disorder (PTSD). MMA’s approach is wholly clinical, focused on the healing power of these substances, meaning it does not support decriminalization for recreational use.

Truffle Report reached out to MMA’s co-founder and chair Peter Hunt for an update on the charity’s efforts to legalize psilocybin (a psychoactive compound found in magic mushrooms) and MDMA as medicines for patients in Australia.

Psychedelics such as psilocybin, psilocin, MDMA, mescaline, LSD, and DMT are illegal in Australia. They are classified as Schedule 9 prohibited substances which means they can only be used for research purposes. The sale, distribution, use, and manufacture of these substances requires a permit.

In September 2020, MMA applied to Australia’s drug regulator, the Therapeutic Goods Administration (TGA), for psilocybin and MDMA to be re-classified as Schedule 8 controlled drugs. This change would allow licensed psychiatrists to use psychedelic drugs in combination with psychotherapy to treat a range of medical conditions, including mental health concerns like chronic anxiety, depression, and PTSD.

However, the TGA rejected the bid in December.

“We were very disappointed,” Peter tells Truffle Report. “When you stand back and look at mental health treatments in Australia [and elsewhere], what you find is you’ve got a large number of people who are essentially treatment-resistant. Nothing works for them. They’re not living the life they are entitled to as a human being.”

“Then you’ve got all these trials that have taken place for psilocybin for depression and MDMA for PTSD that show two things: one, safety, and two, a high remission rate for conditions that nothing else is working for.”

Peter says the decision was particularly disappointing given that the TGA had gone to the trouble of putting together an Independent Expert Panel to analyze the data around psilocybin and MDMA’s therapeutic potential. “That panel had come back very clearly and said, on the basis of the clinical evidence from psilocybin and MDMA-assisted therapy trials, that they are safe, and they are showing high efficacy rates when they are done in medically controlled environments,” he says.

In its decision, the TGA’s delegate, who is not named, explained that they recognized preliminary clinical trials related to psilocybin were promising. “The evidence is still emerging, and the therapeutic value of psilocybin has not been established,” the delegate said.

“I am satisfied that psilocybin poses a high danger for both acute and long-term effects if abused or misused by way of access outside of strictly controlled medical and scientific research settings.”

The delegate voiced similar concerns regarding MDMA. “I consider that the benefits of MDMA have not been fully established, although there is emerging evidence in treating PTSD, with demonstrated low risk of adverse events in controlled settings,” they said.

MMA plans to resubmit its rescheduling applications for psilocybin and MDMA to the TGA in March. From then, the application assessment process is expected to take nine months.

Peter explains that one benefit of going through this process a second time is that MMA will be able to address the concerns which the TGA delegate had to lay down their reasoning in rejecting the original bid. “For the first time, we have arguments put down by the government that we can respond to,” he tells Truffle Report.

“This application will be different in the sense that it will be much more targeted to the issues that have been raised by the TGA in its final decision [last December]. It will contain all the technical stuff as before, but it will also contain a section at the start that looks at that decision and deals with its key themes.”

Meanwhile, the organization is calling on each Australian state and territory to update its laws governing patient access to psychedelic medicines.

Under the TGA’s Special Access Scheme, physicians can apply for permission to legally provide their patients access to currently unapproved medicines or medical devices, such as psychedelic-assisted therapies. However, psychedelic medicine treatments can only commence once health practitioners have secured both federal and state approval (from the relevant health department).

“We have the bizarre situation in Australia where psychiatrists are getting Special Access Scheme approvals from the TGA, but they can’t actually get a permit for the state in which they reside,” Peter explains. “There’s no permit processes in the states and territories, except Victoria, for Schedule 9 medicines. It’s not like in Canada where, once you get that approval [under the Special Access Program], you don’t need provincial approval.”

“If you can’t get a state or territory permit, if you were to do the treatment in accordance with the TGA approval, as a psychiatrist, you’d be breaching criminal laws because you’d be offending under recreational drug laws.”

Despite about 40 approvals being granted to physicians to date by the overarching authority of the TGA, not a single physician has been given state-level approval to go ahead with the treatment.

In fact, in Victoria, one doctor is taking the state government to court over the issue. Psychiatrist and MMA Board Member Dr. Eli Kotler gained TGA approval to use MDMA-assisted psychotherapy to treat his patient’s trauma, but the Victorian government rejected his state-level application.

“We’ve got a great case to mount, and it will be the first time in Australia that all this scientific data is going to be reviewed [in court],” Peter tells Truffle Report. “If the decision of the court is that the [Victorian] government should have given approval, then we start to open up the permit processes around Australia.”

The matter is expected to go back before the courts this year. Given that it is the first case of its kind in the country, its outcome could be significant for the psychedelics movement.

The results showed that:

“What this is saying is that people in Australia, if they are given the facts, are open-minded,” Peter tells Truffle Report.

“If the facts say a person with mental illness has the chance of getting a really effective treatment through MDMA or psilocybin-assisted therapy, then people have the ability to differentiate between recreational drugs and medical use. But the politicians sometimes struggle with that.”

Research shows there is also strong public support for a decriminalization approach to drug use in Australia.

Australia actually already has a mix of de facto decriminalization schemes. Individual states and territories are responsible for setting their own fines and penalties for breaches of drug laws prosecuting drug-related crimes on a case-by-case basis. Depending on the jurisdiction and seriousness of the crime, penalties range from a warning to imprisonment.

Decriminalization of Psychedelics in Australia: Canberra May be First Jurisdiction to Decriminalize Drug Use

Unlike in the United States, where many jurisdictions have already decriminalized the personal possession and use of either all drugs, psychedelic drugs, or plant-based psychedelics (known as entheogens), no Australian state or territory has achieved this.

The Australian Capital Territory (ACT) government (home to the nation’s capital Canberra) may soon become the first jurisdiction to do so. A drug policy bill introduced in February 2021 by Labor Member of the Legislative Assembly Michael Pettersson would decriminalize possession of small quantities of illicit drugs.

The Drugs of Dependence (Personal Use) Amendment Bill would reduce penalties for those people in the ACT found in possession of 2 grams of psilocybin or less, 0.5 grams or less of MDMA, and 0.002 grams or less of LSD. A person found with these amounts of the substances in question would face a $100 fine instead of criminal penalties.

A committee established to investigate the legislation in November 2021 recommended government approval of the bill. However, the committee also recommended that the government revise some of the possession limits to reflect recreational consumption patterns. It also proposed that instead of a fine, a person found to be possessing drugs to be referred to sessions on drug harm reduction, a peer support service, or other drug treatments.

Following additional scrutiny, the bill will go before the Legislative Assembly for a vote.

The post What’s Next for Australia’s Psychedelics Movement? appeared first on Truffle Report.