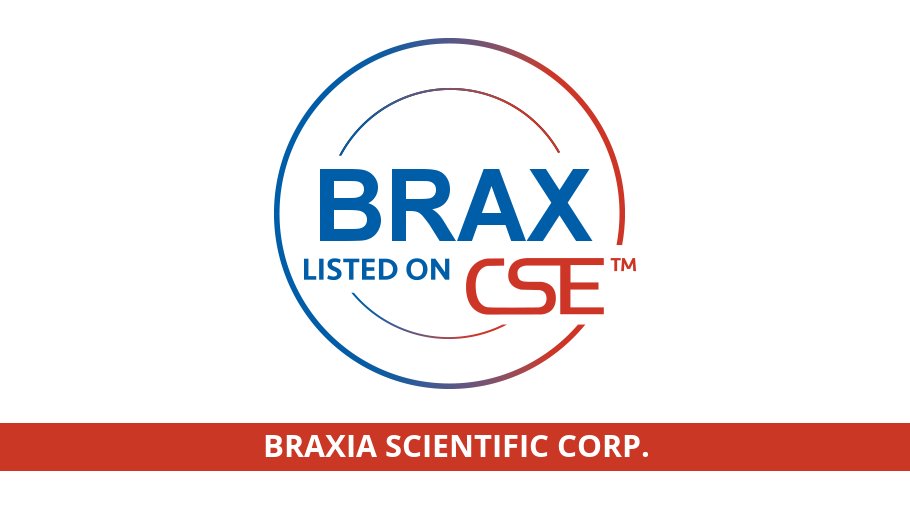 Braxia Scientific Corp. (BRAX), is pleased to announce the rebranding of its growing network of research and treatment clinics to Braxia Health. The Company also provided an update on its plan to expand its research and treatment and clinic footprint to address significant opportunities in the North American multi-billion-dollar mental healthcare market.  Additionally, Braxia Scientific commenced trading under its new ticker “CSE: BRAX”.

“Since the founding of the initial Braxia Health clinic in 2018, we have built an innovative and disruptive healthcare business with the largest research footprint in the world for the emerging psychedelics industry. In addition to providing clinical care with novel treatments to patients suffering from depression and other mental disorders, Braxia Health is an international leader in clinical research involving ketamine, psychedelic derivatives and other rapid-acting treatments. We are focused on becoming a vertically integrated global group of mental healthcare clinics setting the standard of care through peer reviewed industry protocols, in a market that is underserved and presents significant opportunity for growth.”

Braxia Health, the first of its kind in Canada, is a network of multidisciplinary outpatient clinical research treatment facilities specialized in providing breakthrough rapid-acting treatments for depression, such as intravenous ketamine and intranasal esketamine, which help patients suffering from several treatment-resistant conditions such as major depressive disorder or bipolar disorder.  To date, the Company has launched 4 clinics in Canada and is seeking to add additional clinics in 2021 in North America and Europe.

Ketamine and Esketamine are the first rapid-acting antidepressants that have demonstrated the ability to significantly improve depressive symptoms within 24 hours. Both treatments represent the first treatments for depression that are mechanistically different from the antidepressants that have been available for the past 70 years. In addition to being highly effective, they have demonstrated to offer rapid symptom relief, especially in persons who have not benefited from conventional antidepressant approaches. In addition, evidence now indicates that both ketamine and esketamine are effective in persons affected by depression and suicidality.

Braxia Scientific is a research driven medical solutions company that aims to reduce the illness burden of brain-based mental disorders such as major depressive disorder among others. Braxia Scientific is primarily focused on (i) owning and operating multidisciplinary clinics providing treatment for mental health disorders and (Braxia Health) and (ii) research activities related to discovering and commercializing novel drugs and delivery methods. The Company develops ketamine and psilocybin derivatives and other psychedelic products from its IP development platform. Braxia Scientific, through its wholly owned subsidiary, the Canadian Rapid Treatment Center of Excellence Inc., currently operates multidisciplinary community-based clinics offering rapid-onset treatments for depression located in Mississauga, Toronto, Ottawa, and Montreal.

The CSE has not reviewed and does not accept responsibility for the accuracy or adequacy of this release.