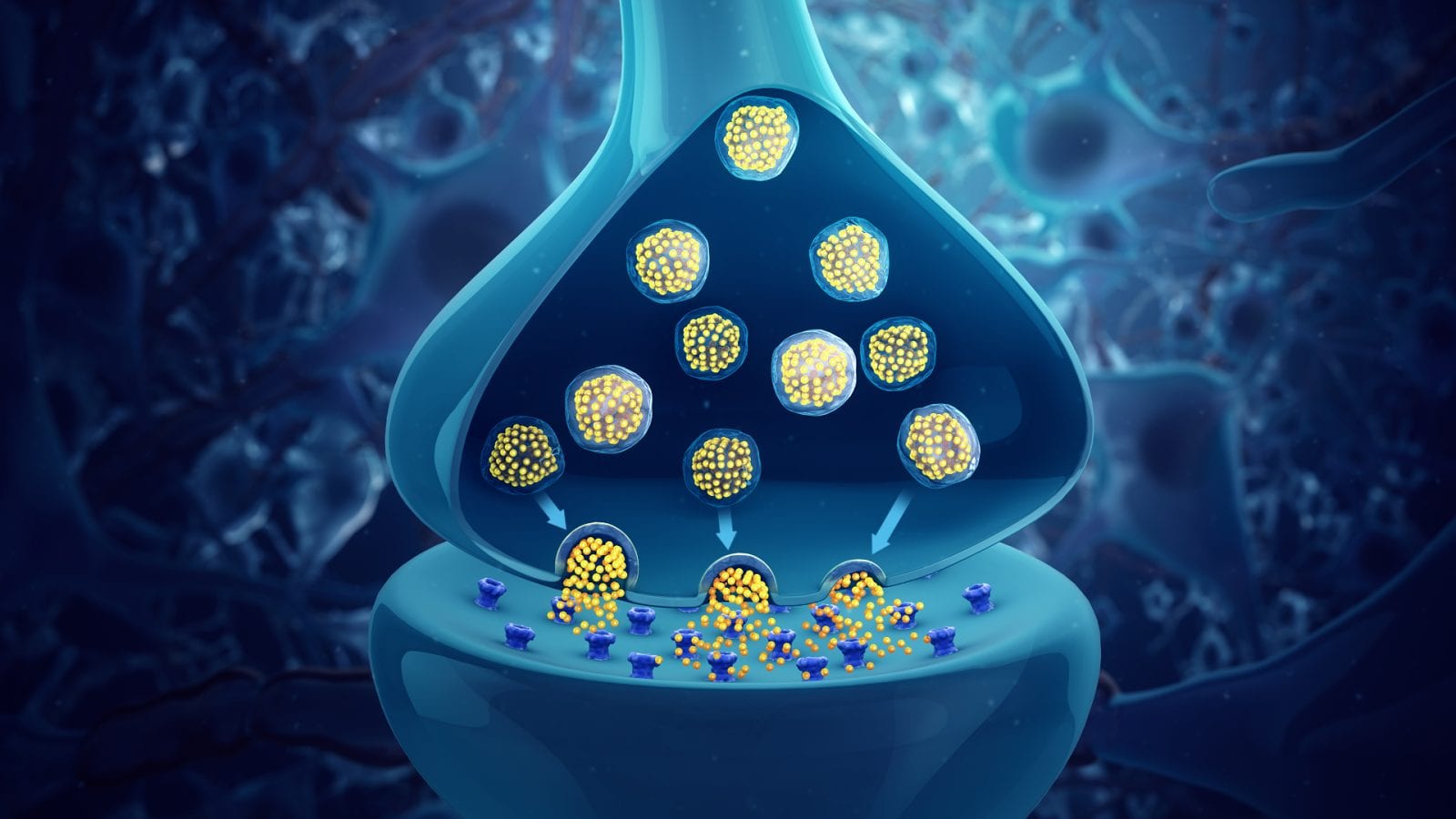 Bright Minds Biosciences Inc. (CSE: DRUG) is a small-cap preclinical biosciences company that is attempting to create the next generation of serotonin drugs that will target specific conditions in the brain which lead to mental health problems and neurological ailments. Serotonin is the key hormone which stabilizes our mood, feelings of well-being and happiness. Even more, it allows brain cells and other nervous system cells to communicate with each other. Bright Minds’ novel psychedelic and serotonergic compounds are designed to provide substantial therapeutic benefits with minimal side effects. They represent the next generation of more efficacious treatments. First generation psychedelic compounds like psilocybin, which is the psychoactive and psychedelic compound found in magic mushrooms, were somewhat effective against, for instance, major depressive disorder (MDD) but cause major side effects.

The investment thesis for Bright Minds Biosciences is based on the following:

Bright Minds’ business model consists of the following: NEUROPSYCHIATRY Bright Minds’ compounds are designed to treat patients suffering with major depressive disorder, but which is resistant to selective serotonin reuptake inhibitors (SSRIs), more commonly known as antidepressants. Such patients may be treated with nasal ketamine (a strong antidepressant which in higher dosage is used as an anesthetic) or electroshock therapy. Even for those MDD patients which can be treated with SSRIs, Bright Minds’ drugs could potentially be preferred as they may not cause weight gain, worsening sleep or worsening impulsivity – typical side effects of SSRIs. A receptor is a structure on the surface of a cell that responds specifically to a particular neurotransmitter, hormone, antigen, or other substance. A category of 5-HT receptors, or serotonin receptors, are found in the central and peripheral nervous systems. There, signaling molecules are released by nerve cells and bind with receptors on another neuron, a process called neurotransmission. Three members of 5-HT receptor family — 5-HT2A, 5-HT2B and 5-HT2C – are noted for their importance as targets of serotonergic psychedelic drugs, of which mescaline, LSD, psilocybin, and DMT are the best known. Drugs which have potency at the 5-HT2A and 5-HT2C receptors have a therapeutic benefit. In more detail, compounds which can specifically target the 5-HT2A and 5-HT2C receptors can improve psychedelic efficacy and impulse control, respectively. However, a drug which impacts the 5-HT2B receptor could cause valvular heart disease. Bright Minds’ drugs are designed to target these first two receptors, thereby eliminating the toxicity risk associated with the 5-HT2B receptor. PAIN AND SEIZURES Bright Minds’ 5-HT2A and 5-HT2C agonists, or compounds which initiate a psychological response when combined with a receptor, could allow patients to better manage their pain, perhaps without the side effects of other treatments. The company’s 5-HT2C agonists could also play an important role in the treatment of epilepsy, a disease afflicting 60 million people worldwide. Forty percent of epilepsy patients build up a resistance to the drug treatments they receive, resulting in increased seizures. PIPELINE OF COMPOUNDS Bright Minds is assessing the efficacy of its drug compounds through seven programs involving its 5-HT2A and 5-HT2C agonists. Four of the programs are in the late preclinical stage.

Ian McDonald, CEO and Director Mr. McDonald is an entrepreneur and former Investment Banker. Prior to BMB, he served on the management team at a TSX-listed gold mining company. In that capacity, McDonald developed and implemented the corporate strategy as it relates to M&A and capital markets resulting in a $160 million sale within one year. Previously, he worked in a senior role at a Canadian Investment Bank and in private equity in Vancouver, London and Toronto. Under McDonald’s guidance, clients raised hundreds of millions of dollars in capital. Ian has served as a member of the Board of Directors of several TSX Venture Exchange, Canadian Securities Exchange-listed and private companies. Dr. Alan Kozikowski Ph.D, Chief Scientific Officer and Director Dr. Kozikowski, trained at Michigan, Berkeley and Harvard, began his career as an organic chemist at the University of Pittsburgh. Following his interests in the applications of chemistry to biological problems, he moved on to the Mayo Clinic and then assumed a position at the Georgetown University Medical Center as Director of the Drug Discovery Program. After a decade at Georgetown, he led a research group at the University of Illinois at Chicago in the Department of Medicinal Chemistry. Specifically, Dr. Kozikowski’s continued efforts to identify possible treatments for Alzheimer’s disease have resulted in the advancement of the natural product huperzine A to the clinic. He has also developed a new PET imaging agent for use in prostate cancer diagnosis, which is in the clinic. Other novel inventions have been created, with a number of these moving into the clinical realm. A new company Apotheca Therapeutics Inc. has been founded to advance small molecule kinase inhibitors for the treatment of brain cancers. Dr. Kozikowski has experience running biotechnology companies including CEO of Starwise Therapeutics developing novel HDAC6 inhibitors for use in Fragile X syndrome, Charcot Marie Tooth disease and Rett therapy. Dr. Kozikowski was also president of Vela Therapeutics focused on rapidly advancing therapies for these orphan indications. Dr. Kozikowski is world renown for his work on psychoactive substances including novel analogs of PCP and cocaine which showed potential to decrease harm to users. Dr. Revati Shreeniwas, MD, Chief Medical Officer Revati Shreeniwas, MD, prior to entering industry, Dr. Shreeniwas was a practicing physician and served as faculty at Stanford and Columbia University. Dr. Shreeniwas has spent the last two decades as a physician researcher in the pharmaceutical industry. She is passionate about bringing novel therapeutics to patients with an unmet clinical need. Dr. Shreeniwas has served as an executive level clinical expert with operational knowledge in leading complex programs for a range of therapeutics (Phase I-IV studies). She has worked on several drugs that have gone on to be approved and are commercially successful, including Tracleer, Lexiscan, Natrecor, Rytary, Esbriet, Sunosi, and Talzenna. Ryan Cheung, Chief Financial Officer Ryan Cheung is the founder and managing partner of MCPA Services Inc., Chartered Professional Accountants, in Vancouver, B.C. Leveraging his experience as a former auditor of junior venture and resource companies, Mr. Cheung serves as a director and officer or consultant for public and private companies, providing financial reporting, taxation and strategic guidance. He has been an active member of the Chartered Professional Accountants of British Columbia (formerly Institute of Chartered Accountants of British Columbia) since January 2008. Mr. Cheung holds a diploma in accounting from the University of British Columbia and a Bachelor of Commerce in international business from the University of Victoria.

We would advise investors to consider the following risks:

Below we list a few comparable companies to Bright Minds.

Some potential catalysts that could have a significant impact on Bright Minds’ share price include: