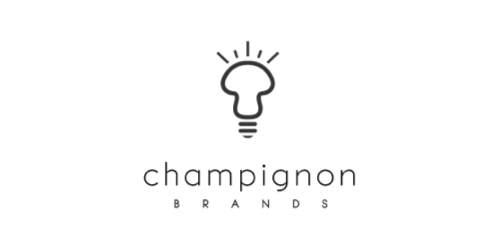 Champignon Brands Inc., a medical solutions company pursuing the development of psychedelic drugs for mental disorders, has resumed trading on the CSE as of April 22nd, 2021, following their revocation of cease trade orders. Shares are expected to resume trading on the following day, April 23rd.

Why Did Champignon Brands Have to Cease Trading in the First Place?

Essentially, Champignon was forced to stop trading as a result of the firm failing to deliver the required financial documents on time.

In a recent press release, this question was answered in the following manner: “The Company’s Common Shares were cease traded by the Commissions for (i) content deficiency in the Company’s material change report dated April 30, 2020, and (ii) failure to provide periodic disclosure for the interim period ended June 30, 2020.”

A more detailed explanation of the cease trading provided by the Commission can be found here as well:

“In connection with the review, on June 19, 2020, the Commission issued a cease trade order suspending trading in the securities of the company pending the filing of Business Acquisition Reports in connection with the acquisitions of Artisan Growers Ltd., Novo Formulations Ltd., and Tassili Life Sciences Corp. As a result of the cease trade order, trading in the common shares of the Company was suspended on the Canadian Securities Exchange.

The Business Acquisition Reports were filed by the Company on July 21, 2020, during which time the company continued to work with the Commission to address comments received in the course of the disclosure review. As a result of the filing of the Business Acquisition Reports, on August 26, 2020, the Commission revoked the cease trade order previously issued on June 19, 2020. Concurrently with the revocation, the Commission issued a replacement cease trade order, pending the filing of a revised material change report in connection with the acquisition by the Company of AltMed.”

Fortunately, the Champignon Brands team took several steps to rectify this issue during the cease trade period, ultimately leading to their trading on the CSE being reinstated.

The team at Champignon took several steps to reinstate their trading status on the Canadian Securities Exchange. Some of these steps include appointing a new CFO and General Counsel on the 11th of January as well as filing interim financial statements on March 11, 2021. A few days later, they filed a Notice of Change in Corporate Structure. Finally, on March 26th, 2021, Champignon filed a listing statement with the CSE, reflecting the acquisition by the Company of AltMed Capital Corp on April 30, 2020, and containing all the required disclosures regarding that acquisition. The Company filed an amended and restated listing statement with the CSE on April 15th, 2021, reflecting the Share Cancellation described below and outlining additional escrow agreements entered into by senior officers of the Company.

The above documentation is available under the Company’s profile on SEDAR at www.sedar.com

In addition to the aforementioned terms and conditions, effective April 12th, 2021, the Company received voluntary monetary contributions from existing shareholders, resulting in the cancellation of 9,780,000 Common Shares. This leaves the total number of outstanding Common Shares at 167,510,212 down from 177,290,212.

A Look Ahead for Champignon Brands

Now that the Champignon Brands stock can resume trading on the CSE, many possibilities open up again for their team. They will likely be on top of all required financial disclosures from here on out to avoid another cease trade order. The medical solutions company aims to reduce the illness burden of brain-based mental disorders, such as major depressive disorder. Now that they are active once again on the capital markets, Champignon Brands (CSE: SHRM) is one stock to keep an eye on.