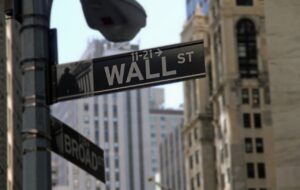 The wait to see which psychedelics company will make the next move toward the Nasdaq is over. Enveric Biosciences, a medical biotech CBD company headquartered in Naples, Florida, announced this morning that it has entered into an agreement to acquire MagicMed Industries as an indirect, wholly-owned subsidiary, which would make the newly combined entity the latest psychedelics company to be listed on the Nasdaq. A target of Q3, 2021 was set for the closing of the amalgamation.

“Complementing our R&D capabilities, working together with Enveric will allow us to leverage the company’s clinical team, all of whom are focused on advancing our extensive pipeline of molecules through the clinic to help serve the millions of patients who are suffering with mental health issues around the globe. Through this acquisition — in the best interest of each of our respective teams — we have bolstered our pipeline, bringing together a seasoned team of experts with the leadership skills and knowledge that is crucial to creating a platform that aims to address large unmet total addressable markets,” said Dr Joseph Tucker, President and CEO of MagicMed in a press release.

This announcement is likely to excite industry observers, given both the general level of interest in emerging psychedelic markets, and the fact that unlike many others in the space, Calgary, Alberta headquartered MagicMed is not yet publicly traded on a smaller exchange. Dr. Tucker told Truffle Report in a prior interview that “It won’t be long until we’re publicly traded, so people should keep their eyes on us for that.”

MagicMed has previously focused its efforts around the creation of its library of patented, novel psychedelic compounds, dubbed “the Psybrary”. Enveric states that it aims to expand on its current focus of cancer-related research by moving “into the clinic with novel cannabinoid and psychedelic therapies” geared toward patients suffering from cancer treatment side effects and cancer-related PTSD, among other indications.